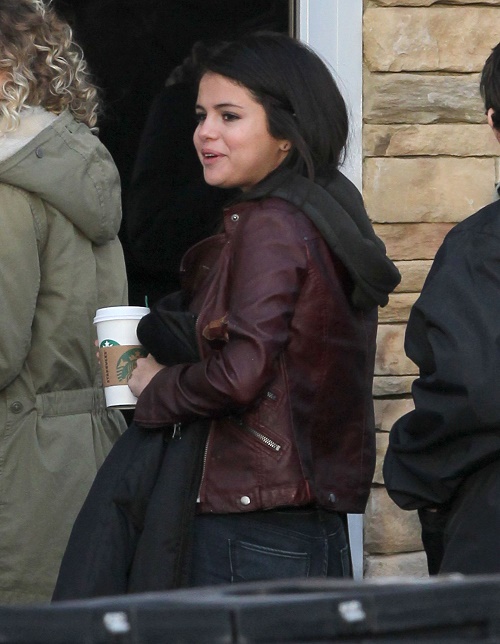 “Happy Birthday Justin Bieber” – said everyone the pop star knows, except Selena Gomez, who didn’t attend the bash. On Sunday March 1st Justin Bieber turned 21 years old (which really is ironic since he has been partying at clubs for how many years now). Justin Bieber’s birthday is practically a national holiday on the internet, but one person is NOT sending Biebs any warm wishes, his ex-girlfriend of three years Selena Gomez, who is now dating DJ Zedd.

Zedd is madly in love with Selena Gomez, so you can imagine how he felt when she dished to V Magazine in a recent interview that she “would always love” her ex Justin Bieber, and pals of Justin’s revealed that Selena has been blowing up his phone – but he won’t take her calls. Zedd will not let Selena Gomez out of his sight, that became apparent at the Vanity Fair Oscar Party where insiders blabbed that the DJ was smothering fellow “I Want You To Know” singer.

When Justin’s 21st birthday neared his camp began making plans for the elaborate celebration and weekend long party – and everyone was shocked when Selena informed them that she wouldn’t be attending. A pal close to Justin snitched to CDL, “Everyone expected Selena to make an appearance for Justin’s birthday, we knew it was inevitable. Justin didn’t want to see her and is still bitter over her song with Zedd. But, Selena shocked everyone when she said that her new boyfriend didn’t feel comfortable with her attending her ex’s birthday bash and she was going to sit this one out.”

Wow, so it sounds like Selena has found a boyfriend that is actually more clingy than she is! Do you think Zedd is being too insecure and controlling? Or does he have a good reason for banning Selena from partying the night away from her ex-boyfriend? Let us know what you think in the comment section below!