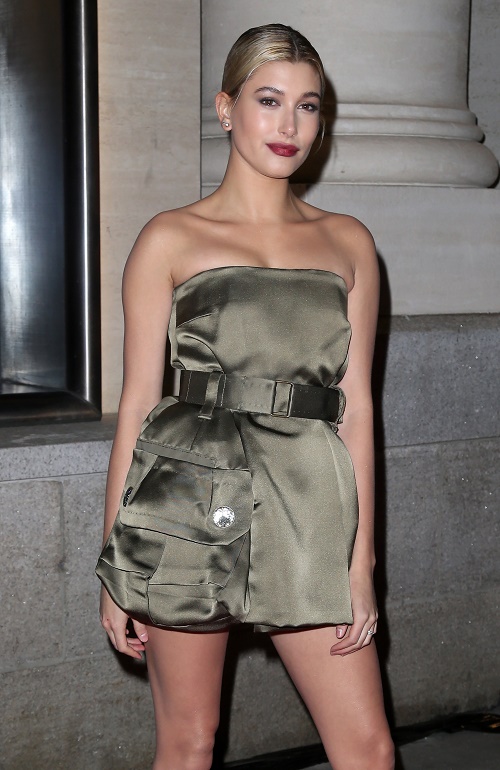 Justin Bieber was reportedly cheating on Selena Gomez with Hailey Baldwin and has crushed on his “friend” for over a year now. But Hailey Baldwin just won’t commit to Biebs – and we can’t say that we blame her. If ever there was an award for “Worst Boyfriend Ever,” Justin Bieber would win it hands down. Hailey refuses to officially date Justin, but she won’t let him date anyone else either and apparently freaks out on him when he flirts with other girls like his ex Yovanna Ventura.

Karma really does have a way of coming back around, and it sounds like Justin Bieber is getting a hefty dose of it. After spending years playing games with Selena Gomez and messing with her head, Selena has officially moved on with Zedd and now Hailey Baldwin is playing games with Justin Bieber. Oh, the irony. A source close to Justin and Hailey’s circle of friends revealed to CDL, “Justin wants to be with Hailey, everyone knows it. But, she won’t make it official. Technically, Justin is single, but when he flirts with girls like Yovanna, Hailey freaks out on him. It’s like a lose-lose situation: he can’t be with her but he apparently isn’t allowed to be with anyone else either.”

At the end of the day Justin Bieber only loves Justin Bieber – and it sound like Hailey Baldwin knows that. But, will she be the girl that is finally able to change the Biebs and his bad-boy ways? Or will he eventually ruin all any chances he has of being with Hailey all together? Let us know what you think in the comment below!