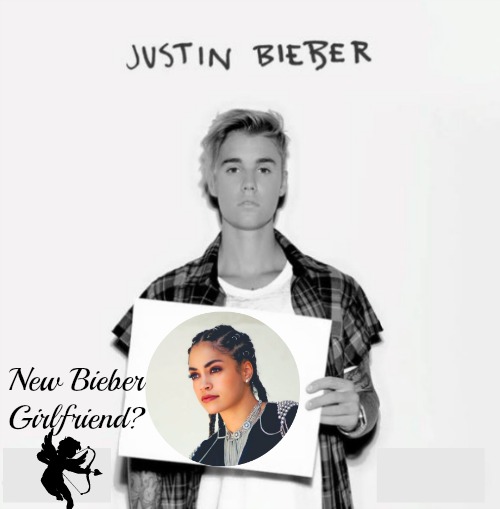 Does Justin Bieber have a new girlfriend? Is he done trying to win back Selena Gomez? It sure seems that way from the photos taken of the Biebs and Elysandra Quinones – one of his longtime backup dancer. Does Justin have a revolving door in his bedroom? Because it sure seems that the women are coming and going at an alarming rate these days.

Guess Justin is off the sober train again! He and his entourage threw back a few pints at a London pub October 21 – and that’s where a sharp-eyed photog noticed the couple and took a few shots of hem sharing a few intimate glances. Bieber sure looked happy as Elysandra looked at him adoringly. She also leaned in and whispered to the singer all night long a source told Life & Style.
Two weeks ago Justin was romping all over Bora Bora with Jayde Pierce where photos of his impressive man assets were taken and made the rounds of social media for all the world to see. Next someone leaked his duet “Strong” which features Selena Gomez. The song certainly seemed like a plea for SelGo to give the Biebs one more chance to make it right between them. But Selena has made it clear in several interviews that she is over Justin. she has moved on and she’s exploring and experimenting with her sexuality.

If SelGo can move on why can’t Justin Bieber? And it seems he’s doing just that with the beautiful brunette dancer. Justin is in the United Kingdom promoting his new album “Purpose” which is scheduled to for release on Nov. 13 – and while there he seems to be treating himself to a good time with Elysandra.

It seems that Justin Bieber has bounced back from his night of confusion at a Beverly Hills restaurant. Remember he stumbled in, seated himself, stayed about two minutes and walked out? Then he wandered around outside the restaurant for about 10 minutes before taking off in his black Escalade – but not before the paparazzi got a few photos of a confused Biebs.

And what does Elysandra have to say about Justin Bieber? Apparently he’s super cool and prays with his entourage every night before a show – more of a group chant. Sounds like a great way to win a girl’s heart! Guess it’s buh-bye SelGo and hello ElyQu?

Are you a Justin Bieber fan?  Want all the ‘Bieber’ news?  We have you covered, right here.