Selena Gomez and Justin Bieber Dating Reunion: SelGo and Biebs Back Together, Still In Love – Can’t Give Up? 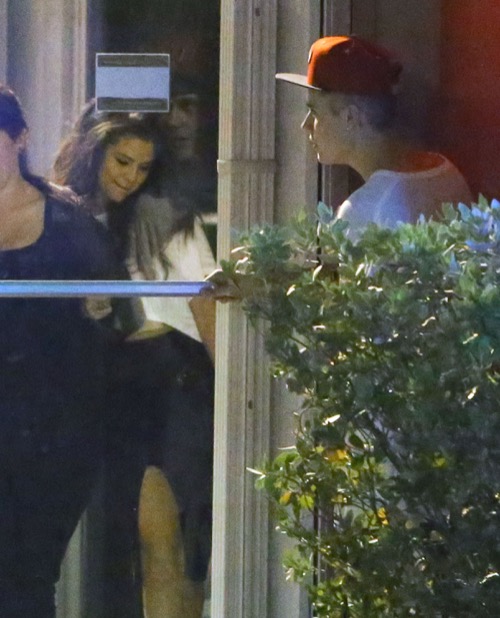 Selena Gomez and Justin Bieber are back together dating and they are “Strong”! The Biebs and SelGo bomb went off when fans discovered an audio of the duet making the rounds of social media – and the lyrics certainly seem to address their relationship issues. And it’s hard to believe the romance between these two is over, done, finished.

What happened? On Saturday, October 17 an audio of Justin Bieber’s song “Strong” hit YouTube via OVO Radio Sound cloud. Several searches on YouTube for the song come back with the caption “Justin Bieber – Strong – featuring Selena Gomez.” The actual source of the recording came from OVO Radio on Sound cloud – but it may have been an unauthorized leak because the OVO Sound Radio link has been disabled. Nothing appears on the OVO Radio Sound cloud account for Bieber or Gomez – at this time only tracks from Drake and PartyNextDoor appear on the website.

But the audio of the Biebs and SelGo singing “Strong” is out there and it has caused Justin and Selena rumors to blow up social media. YouTube is pulling the audio as fast as it can be found so you better listen quick before it disappears! Here’s a sample of the lyrics – YOU decide if Justin and Selena are have really ended their relationship or are they back together??

So, who wants who back? Is Justin Bieber apologizing to Selena Gomez in “Strong?” Is Selena telling Justin it’s just too much, she can’t go back? Is this an apology to each other? And who leaked the audio? That’s a HUGE question – because – as we said – it’s getting yanked from anywhere and everywhere it’s been found as fast as fans can find it.

Justin was wandering around outside a Beverly Hills restaurant on Thursday night after going inside, seating himself, sitting for a couple minutes and then stumbling out. Selena has given interview after interview saying she is over Bieber, she’s moved on, she’s not angry and….she’s experimenting with her sexuality. “Strong” is set to be released on Justin Bieber’s new CD “Purpose” on November 13. Is this leak all a publicity stunt to grab some attention away from Selena Gomez’s red hot “Revival”?

What do you think? Let us know in the comments section and come back to CDL for Biebs and SelGo updates!