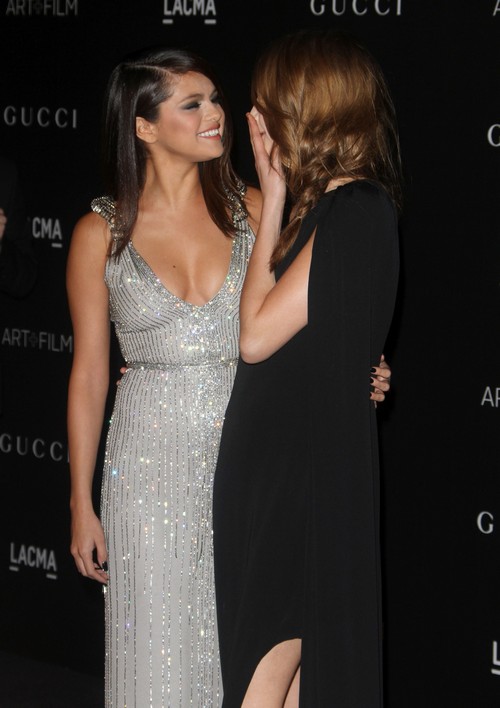 Is Selena Gomez dating openly bisexual model Cara Delevigne – she raves about how wild her gal-pal is. SelGo has also gone on record saying that Cara is incredible and extremely adventurous – and that’s what Selena needs in her life right now.

After a highly publicized relationship – and equally public break-up – with Justin Beiber, Gomez said she has spent the last couple of years gaining some perspective on herself and her sexuality. In an interview with PrideSource Selena revealed that she does question her sexuality. “I think everybody does, no matter who they are.”

But SelGo isn’t dating her BFF Cara Delevigne, she’s single at the moment – but she did address the rumors that she is dating Cara. “Honestly, I loved it. I didn’t mind it. She’s so fun and she’s just extremely adventurous, and sometimes I just want that in my life.” But if Selena Gomez were to have an on-screen lesbian relationship she would choose British model and actress Suki Waterhouse to be her girlfriend. 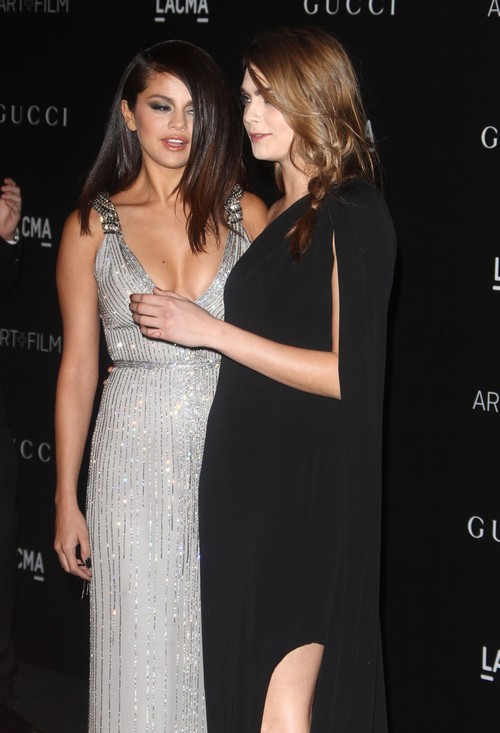 After years of being the nice girl SelGo has said no more – she’s going to live life on her terms from now on. The change in Gomez’s perspective came after she was diagnosed with lupus and underwent chemotherapy. She’s not angry with former boyfriend Justin Bieber – yes, she was heartbroken over their break-up, but she’s not mad at him. She’s moved on and they have even seen each other since they broke up. But there is absolutely nothing romantic going on between SelGo and the Biebs.

It sounds as if Selena Gomez is not only ready to be experience more of what life has to offer but she may also be testing the boundaries of her sexuality and sexual preferences. Who knows what will happen – she may decide Cara Delevigne makes a great girlfriend – and were not just talking about a girl who is a friend.

Tell us what you think in the comments section below and come back to CDL for all your celebrity news, rumors and gossip.