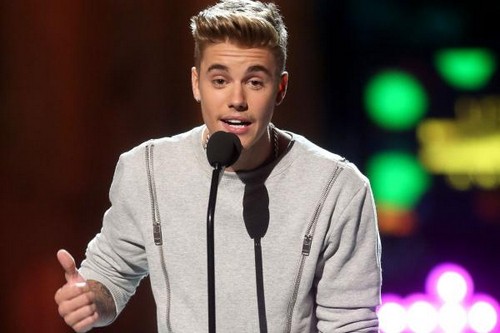 Justin Bieber just upped his game in his fight to win back the love of Selena Gomez by releasing a breakup song about his former love just as she’s moved on with DJ/Producer Zedd. Justin was surprised when Selena didn’t come crawling back to him after their dinner date in Los Angeles on January 15. Even more surprising was the fact that Selena seemed to become even closer to Zedd after the dinner date, posting pics of the two of them to her Instagram the next day—in what some say was a mea culpa for meeting with Bieber when she’s already committed to Zedd.

When Selena continued to post pics with Zedd, including shots from double-dates, working and playing in the studio, Selena Skyping with Zedd from her bed, the two cuddled up in an elevator, and most recently, a video of the couple having a blast bowling while in Atlanta together. For the first time, it didn’t appear that the pictures were meant to incite jealousy from Bieber. For the first time, it felt like Selena was just excited about her life, and of course, her new uncomplicated love life. And just as Selena’s life became uncomplicated now that Justin is out of it, he is seriously trying to complicate things by once again attempting to win her back…this time with a heartfelt ballad that is obviously about his famous ex. Justin teased the song on Instagram and is hoping it will pull on Selena’s heartstrings enough to make her ditch Zedd and come running back. I wonder how Justin’s sometime-lover Hailey Baldwin feels about this. She is already worried about the ex-couple getting back together, and despite what Justin has told her, Hailey knows that Justin is still in love with Selena deep down. More importantly though, Hailey knows that Justin cannot stand to lose. Justin has been saying bad things about Zedd and Hailey knows that he is upset about Selena choosing the mature musical genius over him.

Lyrics from his song include “When it’s raining, it’s pouring/ How do I always end up the enemy?/ How do I wake up in the morning and you’re not right next to me?/ How did we throw it all away?” He references waking up alone just as Selena did in her song The Heart Wants What it Wants, a song about Justin. “The bed’s gettin’ cold and you’re not here,” Selena sings through an emotional song written shortly after her millionth breakup with Justin. For once, it seems, Justin is taking the breakup harder than Selena. Many close to the couple believe that Justin only wants Selena back because she is finally making herself unattainable—and Justin loves a good challenge. Even more this time around because the breakup was so public and the new relationship between Selena and Zedd is making headlines. Justin won’t give up until he wins back Selena from Zedd, and he’s not afraid of playing dirty in the battle. Justin’s ready to pack on all the sappy songs, sad eyes, and pleas for forgiveness until he weasels his way back into her life, leaving Hailey Baldwin to quietly pine for him.

What do you think CDLers? Is Justin Bieber just after the competition, or does he really want Selena Gomez back? Does this mean a breakup with Zedd, so she can run back to Justin? Tell us what you think below!