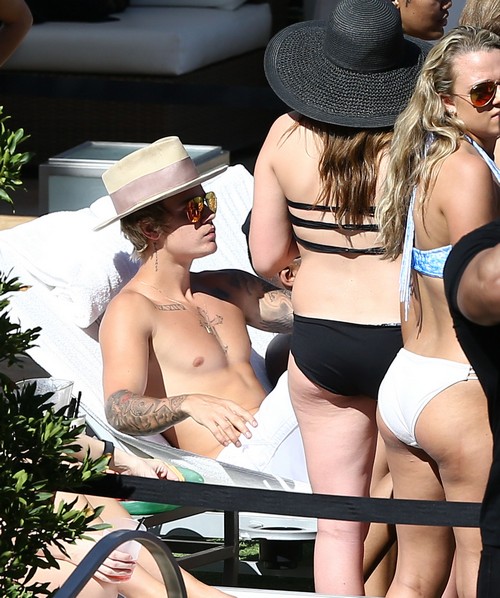 He’s not excited because a Comedy Central roast is hilarious and fun, but rather because he views this as his one shot to get back into the public’s good graces. I mean, we really haven’t seen many examples of Justin having comedic charisma, but if he pulls this off, he’ll be able to inch back into the public’s goodwill – or at least, show that he’s willing to make fun of himself. Thus far, absolutely nothing that he’s done has inspired confidence on that end.

Of course, Justin’s also going to have to quiet his inner whiny baby, one that has gotten him into trouble time and time again. Comedians and musicians like Kevin Hart and Snoop Dogg have already started warning Justin on Twitter that they won’t hold back, and I wouldn’t be shocked if they turned out to be tame compared to some of the other guests CC had to roast Justin. Example: Martha Stewart. Martha Stewart even tweeted, “Yes it’s true! I’m roasting @justinbieber march 30 @comedycentral#bieberroast can’t wait to teach him stuff!” And don’t think that just because she’s Martha Stewart, she can’t hold her own… anyone remember her Gwyneth Paltrow ‘conscious uncoupling’ comments? Martha Stewart can bring it.

The Gossip Table’s sources add, “Yes the roast he’s excited about it… wants them not to hold back!” Yes, but only because he knows the public won’t forgive him unless he’s ‘faced’ the error of his ways. At the end of the day, Justin basically has to learn to control his facial muscles and not cry during the roast, and then he’ll be set. The question is – can he do it? This is the same boy who couldn’t even hold himself back from taunting another man about sleeping with his wife. Can he really stay quiet for hours while he’s getting roasted and humiliated?