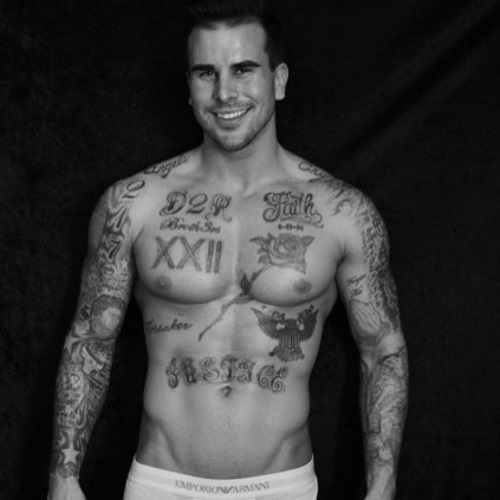 The Bachelorette 2015 spoilers tease that the final rose ceremony will be a shocking one, and Kaitlyn Bristowe’s final decision will blow our minds. The Bachelorette is adored by millions of viewers every week, but according to one of the contestants from the must current season, the “reality show” is not exactly “real.” Does that mean that the final two, who according to Reality Steve’s spoilers are Nick Viall and Shawn Booth, were actually hand-picked by the producers and not The Bachelorette?

Law school graduate turned pro dancer Josh Seiter, 27, recently spoke with Radar Online and told the media outlet that the show is just a big production and that the ABC hit series is nothing but fake.

According to Seiter, who was kicked off from this season of The Bachelorette after only two episodes, the competition is more of a scripted drama series than a reality show. Josh Seiter insisted that the on-set producers of The Bachelorette heavily influenced what the contestants were supposed to say. Seiter alleges, “every one was fed lines. In one of my testimonials I said ‘If I don’t get a rose, it will be a blow to my ego.’ Producers forced me to say that!”

Josh Seiter goes on to reveal that not only were contestants fed lines but that contestants were also put into situations and forced to have conversations that would not naturally occur. He alleges, “One night, they said, ‘You and Justin and Clint go to the fireplace and talk about how Kaitlyn is handling this situation.” Seiter also reveals that the two bachelorettes were treated like celebrities. Seiter, who was interested in Britt Nilsson, recalls trying to speak with her on the first episode, but remembers that he was told he was not allowed to do so. He says, “When I tried to talk to Britt, I was intercepted. Producers pulled me off to the side and ushered in another guy.”

The scripted actions and lines started from Josh Seiter’s very first moments on The Bachelorette. Seiter, who told producers that he was a male gigolo, alleges that he was forced to strip during his introduction. He says that when he was in the limo getting ready to meet the bachelorette, the producers asked what he planned on doing to introduce himself. When Seiter responded by saying he wanted to greet Britt with a hug, “They said it was too boring, and I needed to start stripping…I’m sure they did something similar to all the other contestants!” Seiter alleges.

Perhaps the most shocking, and disappointing, spoiler that Seiter revealed is that the producers pick who gets sent home every week, and not the actual bachelorette. “Kaitlyn may collaborate with them, but they make the final decision.” In all actuality, Josh’s claims actually make sense. Think about it: Kaitlyn and JJ haven’t exactly hit it off – but she has kept him around for reasons unbeknownst to us. Perhaps it’s actually the producers that kept him around because he is sure to stir up drama and ratings? The same could be said for Nick Viall. Kaitlyn obviously was attracted to him – but she made it very clear that she knew the other guys would be upset if she brought him on the show. But, at the end of the day, she did any way. Most likely, the producers chose to add him to the show and Kaitlyn Bristowe had no choice but to go along with it.

We have always speculated that the producers have way more influence in picking The Bachelorette winners – but now that Josh has confirmed it, it opens up a whole new can of worms. No wonder so many engagements for the show have failed miserably. Maybe if the producers actually let The Bachelorettes and The Bachelors choose who they wanted to win they could keep their relationship together for more than six months.

According to Reality Steve’s spoilers, the final two guys on Season 11 are Shawn Booth and Nick Viall – but was that Kaitlyn’s choice or the producers? Reality Steve’s spoilers go on to allege that there is no 2015 winner and Kaitlyn doesn’t get engaged at the end of the show. Does that mean that The Bachelorette put her foot down and refused to go along with the winner that the producers chose for her? Let us know what you think in the comments below and don’t forget to check CDL tomorrow for more of The Bachelorette spoilers and news.