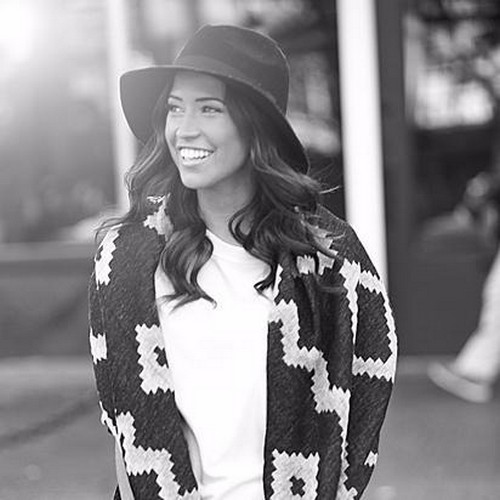 The Bachelorette 2015 spoilers tease that Kaitlyn Bristowe is done filming the reality TV dating show and home with her family, is the Bachelorette engaged to Nick Viall? The Season 11 Bachelorette reemerged on social media this weekend engaged but quiet about it. According to Bachelorette spoilers – Kaitlyn Bristowe filmed her final rose ceremony in early May, and rumor has it that she is officially engaged. But, the question is to who? Bachelor blogger and spoiler guru Reality Steve has not released very many spoilers this season, by now he usually spoils the ending and announces the winner.

Bachelorette 2015 spoilers tease that Kaitlyn Bristowe’s final three guys were Shawn Booth, Ben Higgins, and Andi Dorfman’s ex Nick Viall – and they scored the coveted over-night dates with Kaitlyn Bristowe. Bachelorette fans are all too familiar with Nick Viall from his stint on the show last summer, and we’re all still a little confused as to what Kaitlyn could possibly see in him.

According to Bachelorette rumors and spoilers, Shawn Booth has been an obvious frontrunner since Season 11 began filming – and even landed the first impression rose. As far as Ben Higgins, he sounds a little unexciting for quirky Kaitlyn, and his bio from ABC reveals that he is a 25 year old business analyst hailing from Denver, Colorado – but hey maybe he is a business analyst with a bit of a wild side.

Bachelorette spoilers tease that Season 11 of the reality TV dating show will premiere on ABC on Monday May 18. As of right now there are no official spoilers revealing which lucky guy is engaged to Kaitlyn Bristowe, but rumors are running rampant on the internet that the 215 winner is Nick Viall.

How insane would that be? After he got humiliated by Andi Dorfman last summer, it would be almost poetic that he came back and got engaged to Kaitlyn Bristowe just a few months after Andi broke up with Josh Murray who she chose over Nick. Will you be rooting for Nick Viall this season? Have you checked out some of the pictures of Kaitlyn Bristowe’s guys – who do you think will be the 2015 winner? Let us know in the comments below and don’t forget to check CDL tomorrow for more The Bachelorette spoilers and news!