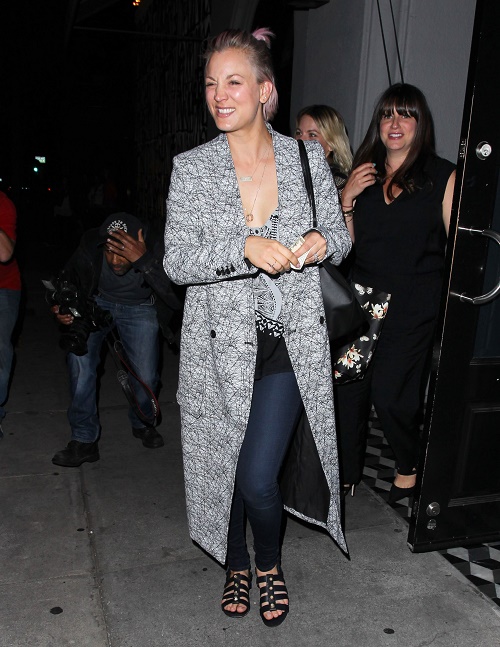 Big Bang Theory’s Kaley Cuoco and her husband Ryan Sweeting have been rumored to be on the verge of a divorce basically since the couple got married in a hasty wedding in 2013 – however, this time, there may actually be some truth to them. Kaley shocked everyone by marrying Ryan Sweeting after just knowing the tennis player for 6 months, and we are all impressed that their marriage even lasted this long. But, according to a new report there is trouble in paradise – and paranoid Kaley thinks that her husband is cheating on her.

The odds of Kaley Cuoco and Ryan Sweeting’s marriage lasting are slim to none to begin with. When you factor in the fact that Kaley is the bread-winner in the relationship, she has a demanding work schedule, and they barely knew each other when they said “I Do.” Now, you can add jealousy and cheating to the lengthy list of reasons why Kaley and Ryan Sweeting are on a fast-track to a high-profile celebrity divorce.

According to a new report in the July 6 edition of In Touch Magazine, Kaley is beginning to realize that she doesn’t really know anything about her husband – and he seems to have huge chunks of time that he is gone and Kaley has no idea what he does during those hours. An insider dished to In Touch Magazine, “Kaley is secretly worried that she doesn’t know him that well. Ryan was apart from Kaley for weeks of training in March, and she would flip out if he didn’t answer his phone. Since he has been back she doesn’t let him out of her sight – it’s driving him crazy.”

We still are baffled about what Kaley Cuoco sees in Ryan Sweeting. The odds of any other girl seeing anything in him and trying to steal him from the Big Bang Theory actress are pretty slim. It sounds like Kaley is just being super paranoid and insecure. Do you think Ryan Sweeting would ever be foolish enough to cheat on her? Let us know what you think in the comments below!