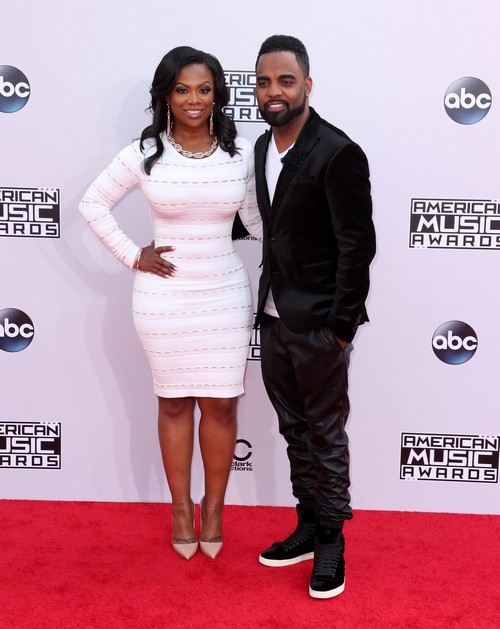 Real Housewives of Atlanta’s Kandi Burruss is pregnant and she and husband Todd Tucker are expecting their first child together, posted on Kandi’s Twitter. Kandi has a daughter Riley 11, and Todd also has a daughter Kaela 17, from previous relationships. In an interview with E! Kandi couldn’t help but share her and Todd’s joyous news with her fans, “We’re so thrilled to announce the news of our bundle of joy.” Kandi 39, told E! “It’s a dream come true.”

Kandi Burruss revealed she had been going through IVF for infertility issues which she talked about earlier in the season. Todd and Kandi were married in April 2014, and had the wedding of her dreams, but of course Kandi’s mother Mama Joyce had her own feelings about her daughter’s choice of a husband and all brought the drama regarding a tight pre-nup causing tension between Kandi and Todd, the engagement was rocky thanks to Mama Joyce. Mama Joyce has been very vocal about Kandi and Todd’s relationship from day one, and expressed her disapproval of Todd Tucker calling him an “opportunist.”

Mama Joyce has been a thorn in Kandi and Todd’s relationship: maybe a baby will lighten things up or cause her to roll her eyes. Mamma Joyce and Todd can’t seem to find a middle ground, even taking jabs at Todd’s mother Miss Sharon which almost became physical, Miss Sharon sadly passed away due to a stroke in Dec 2014. Mama Joyce even took her mama drama to Kandi’s assistant Carmon Cambrice making absurd claims that she was having a fling with Todd – well needless to say there was no truth in that Carmon and Mama Joyce knew each other before becoming Kandi’s assistant and they never had a problem until she started working for Kandi.

The family seems to think her behavior is due to her medications. Is Mama Joyce just over protective of her daughter? Kandi and Todd have been talking about having a baby for some time and now their dreams are becoming a reality. Her RHOA cast mates are so ecstatic for her. Kandi and Todd are hoping for a little boy, since they both have girls. No news on the sex or her due date yet. We do wish Kandi and Todd all the best! Do you think Mama Joyce is going to be happy now that Kandi Burruss is pregnant by Todd Tucker? Do you think she will finally now accept Todd?