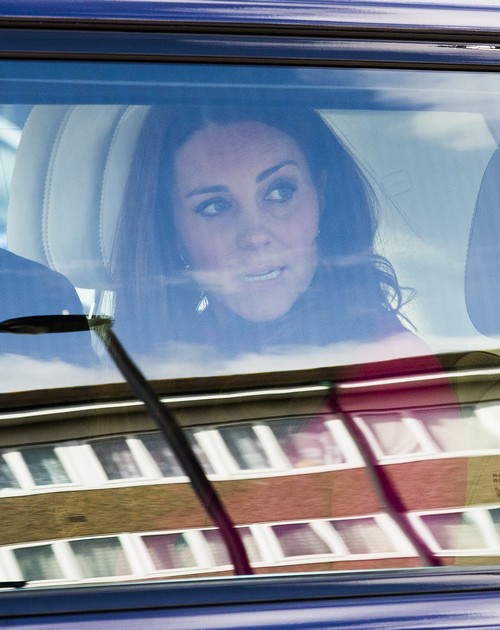 Kate Middleton and Prince William are celebrating their fourth wedding anniversary, and new royal baby birth updates speculates Princess Kate will be induced this week. Security has been increased, as St. Mary’s Hospital doctors prepare to induce labor, and bookies are banking on the new Princess or Prince being born today.

The Duchess of Cambridge is overdue, and a common theory suggests she is nearly a week past her due date. As CDL reported, royal insiders claim that doctors “don’t normally wait for more than a week” to induce labor. If that applies to Kate Middleton, her medical team has probably discussed a plan to induce labor this week.

The Telegraph reported that The Duchess of Cambridge’s official due date was April 23. As of today, April 29, Kate Middleton is six days overdue. If The Duchess is experiencing any discomfort, doctors will push her to induce. However, Celeb Dirty Laundry shared the news that Kate took Prince George swimming yesterday, giving signs she is trying to start labor naturally.

A camp of fans and reporters are waiting outside of St. Mary’s Hospital. Yesterday, a sudden increase in security sent fans into a royal baby frenzy, with hopes Kate Middleton was in labor. Senior royal aides arrived at the hospital, and police presence was increased. Those hopes were dashed when images of The Duchess driving away from Buckingham Palace surfaced. Perhaps Princess Kate was out getting a scan or ultrasound to check on the baby’s status? This would support the rumors that Kate Middleton will be induced any day now.

Bookies are betting on the royal baby being born today, but let’s not forget it’s Prince William and Kate Middleton’s fourth anniversary. It’s pretty unlikely the royal couple will want their second child to share their birthday with their wedding anniversary. As a parent, you want your children to feel extra special and have their own day.

Kate Middleton opted for a natural birth when delivering Prince George. It’s a strong possibility that The Duchess hopes to have another natural labor and delivery. If Kate strongly desires a completely natural birth, doctors might let her continue her pregnancy up to two weeks past her due date according to insiders at the Lindo Wing of St. Mary’s Hospital. If that’s the case, royal fans might be waiting a bit longer to welcome the new Prince or Princess.

Keep checking back for more Kate Middleton baby birth updates. We will continue coverage and share royal news as it develops.