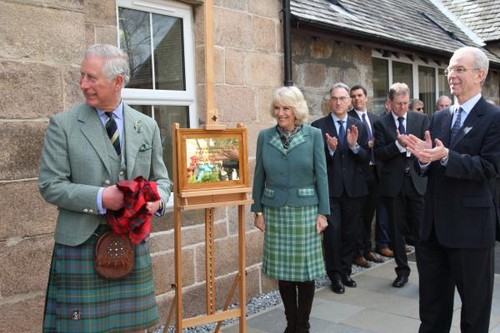 Prince Charles is heading to Scotland to avoid the hysteria surrounding Kate Middleton’s baby birth and her commoner family familiars, Carole and Pippa Middleton. The rest of the world might be excited for Kate Middleton’s second royal baby birth, but Prince Charles reportedly doesn’t share their sentiments. Prince Charles has never been one to bask in the spotlight, probably because he inevitably puts his foot in his mouth if the focus is on him for more than two minutes. However, sources tell the Daily Beast that Charles is looking forward to heading to Scotland to avoid the royal baby craziness.

Apparently, Prince Charles is planning to spend the next few weeks in his Scottish home of Birkhall, even though royal baby 2 [and all the ensuing craziness] will be here by then.

Realistically, Prince Charles HAS to meet the second royal baby, but I think the minute the official photo-op is over, Charles will peace out of London. We already know that he and Camilla Parker-Bowles, and Queen Elizabeth, think that the Middletons are commoners and want to spend as little time with them as possible. And that’s especially difficult when Prince William and Kate Middleton are making such an effort to keep Carole Middleton, Pippa Middleton, and Michael Middleton so involved in Prince George’s life, that they often marginalize Prince Charles and the rest of the royal family.

Plus, Charles is undoubtedly tired of being forced to fraternize with Carole Middleton and Pippa Middleton during the weeks leading up to the birth, and he just wants to take a break from all the glad-handing.

What do you guys think? Will Prince Charles really head to Scotland before the royal baby arrives, or even immediately after the royal baby arrives? Or will he attempt to bond with the child, only to be cruelly rebuffed by Kate Middleton and Prince William? And in that case, can anyone blame Prince Charles for wanting to run away to Scotland to avoid the Middletons and the media craziness, but also because he’s not even getting the chance to spend time with his new grandchild?