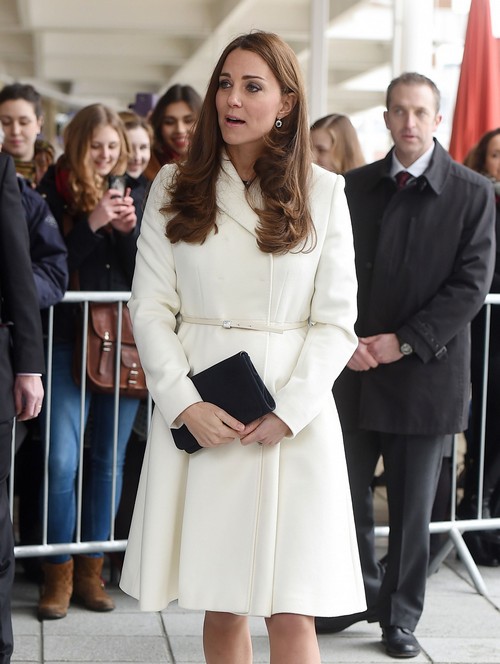 Queen Elizabeth has never been a fan of Kate Middleton‘s family, and she reportedly considers them ‘commoners’ and is always finding new ways to put them in their place. For example, she made sure that the Middelton family wasn’t invited for Boxing Day lunch at Balmoral, despite the fact that all of them were vacationing at Anmer Hall at the same time. Now, the Queen can’t outright ignore them, considering that Prince William is married to a Middleton. However, things have always been fairly tense in the Kate Middleton and Queen Elizabeth relationship, even disregarding Kate’s family. Queen Elizabeth hates Kate’s constant wardrobe malfunctions, her public defiance of traditional royal protocol, and the fact that she’s slowly pulling away from royal tradition and helping Prince William do the same.

But alas, a new report from Life & Style claims that there is now yet another hurdle in their burgeoning relationship. A source explains that the Queen is furious with Kate’s brother, James Middleton, after he gave an interview to a British magazine called The Young Director. James revealed that being Kate’s sibling could be ‘frustrating’ at times, which apparently upset the Queen to no end. The source adds, “She is furious. Queen Elizabeth is the one who is frustrated with how the Middletons seem to moan about the royals all the time. She thinks its tacky. The queen feels angry and let down. She’s told Kate to warn them not to talk about the royals or Kate in any other interviews ever again.”

In the Queen’s mind, she has been nothing but gracious and welcoming to the Middletons, albeit not as welcoming as she would have been had they been richer and higher society. But she apparently feels that even though they’ve been given so much by way of Kate’s royal connections, they do nothing but whine about the fame and attention. The number #1 abuser of example of this is Pippa Middleton, who’s constantly riding the royal coattails to new jobs and new gigs but continues to complain about the fame. And now, it seems like James Middleton is also following in her footsteps – and the Queen doesn’t have time for whining. So basically, add another notch in the Queen – Middleton feud.

What do you guys think about Queen Elizabeth’s never-ending feud with members of Kate Middelton’s family, and James joining it? Do you think the Queen will hold long-lasting grudges against them? Let us know your thoughts in the comments below.