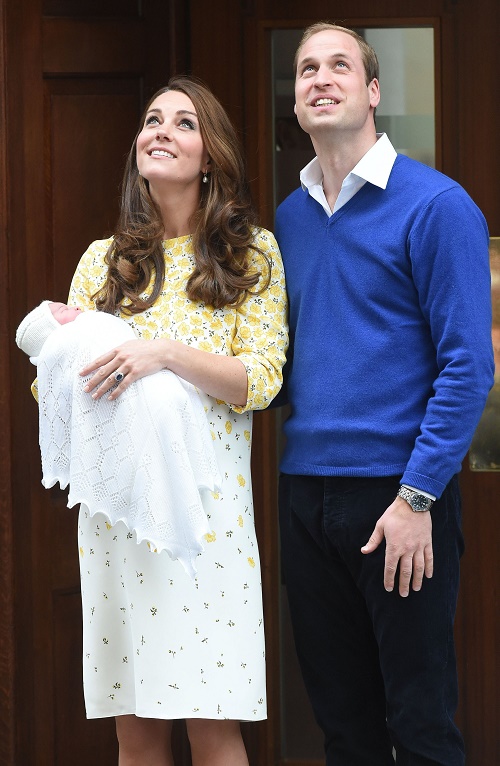 Kate Middleton has recently written a heartfelt letter urging the people to support Children’s Hospice Week. The Duchess of Cambridge, who has two children with Prince William, one of which was just recently born, is doing her part to help raise awareness for approximately 50,000 kids in the U.K. who have to live with a life threatening illness.

Children’s Hospice Week began on Monday, May 11 and will run through Sunday, May 17. Kate Middleton, who gave birth to Princess Charlotte only nine days ago, recently wrote a letter, which Kensington Palace sent to the charity Together for Short Lives, who just released it.

The letter reads: “For families of children with life-limiting conditions, every moment is precious and every memory needs to be cherished and celebrated. Children’s hospices strive to create happy moments in the most difficult times any family could face. I hope you will join me in supporting Children’s Hospice week and work to make every moment count for all of our families.”

The charity, Together for Short Lives, is also asking for support on social media by encouraging people to support Children’s Hospice Week through the sharing of a memory, or special moment, on social media using the hashtag #momentscount.

Kate Middleton is the Royal Patron of East Anglia’s Children’s Hospices(EACH), and has been a supporter of the charity ever since she started working with them.

Back in November 2014, the Duchess of Cambridge was so touched by meeting Leigh Smith, a mother who’s 3-month-old daughter tragically passed away from a heart condition, that Kate Middleton began crying. Leigh Smith told The Daily Mail, “Kate sought me out and gave me a hug just before she left. I was getting quite teary-eyed. She had tears in her eyes ad she just told me, ‘You’re a very brave lady and again, I’m just so, so sorry.”

Kate Middleton is an excellent ambassador for East Anglia’s Children’s Hospices, and she has been noted for her hands on work. Leigh Smith goes on to say that the two had been in touch prior, through EACH, and she was surprised to receive a personal letter signed by the Duchess herself.

In the mean time, be sure so support Children’s Hospice Week on social media by sharing your special moment with #momentscount.