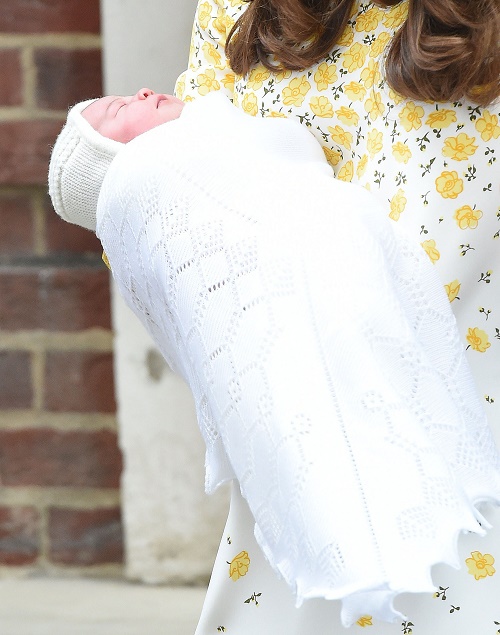 Kate Middleton and Princess Charlotte have finally made it to Anmer Hall with the rest of their family. Prince William drove the Duchess and the two royal children, Prince George and Princess Charlotte, to their home in Sandringham. There, in the 10-bedroom haven, the royal family will go into hiding for privacy. It’s a well-deserved break for the Duke and Duchess of Cambridge.

After enduring a media circus, including baby name drama with Prince Charles and Camilla Parker-Bowles, Kate and William are enjoying the sanctuary of Anmer Hall. The royal couple left Kensington Palace on May 6 early in the afternoon. William drove his growing family with security following closely behind them during the two-and-a-half-hour drive.

Prince George and Princess Charlotte were hidden in the back seats behind black windows, preventing prying press from getting more photos of the royal children. The Duke and Duchess of Cambridge also used another tactic for privacy and safety – slipping in the back entrance. The gates of Anmer Hall reportedly opened at 3:40 p.m. and remained open for a few minutes before unceremoniously shutting without the royal couple passing through. However, Kate, William, George, and Charlotte slipped in the back entrance, tricking looming photographers.

Kate Middleton seems to have been looking forward to the maternity leave retreat to the country. As CDL covered, royal insiders shared that Kate wants to spend more time at home with George and Charlotte during her maternity leave. The Duchess feels she returned to work and the public eye too quickly after giving birth to Prince George in 2013. After spending so much time working and dealing with royal drama, like Camilla Parker-Bowles delusions she will carry any kind of legacy beyond being “the other woman,” the Duchess plans on enjoying every moment of privacy. It wouldn’t be a big surprise if we didn’t see much of the royal couple until Prince William returns to work on June 1.

As far as another public appearance by Princess Charlotte, the world might be waiting until her christening. Typically, that event is three or four months after a healthy birth, and even then it’s a strong possibility it will be a private event with only a few select photos distributed to media.

With the uptick in terrorist threats, and the overwhelming interest in Kate Middleton, Prince William, and their children, the palace seems to be tightening security. It’s a smart move, and not unexpected. The security levels at St. Mary’s Hospital, where Kate delivered Charlotte, were increased for her second delivery. Kate is estimated to have at least 220 known stalkers alone.

After all the royal family has been through, this break from the media will give them all time to rest, relax, and help Prince George acclimate to having to share the royal spotlight with his new sister.