Kate Middleton Depressed After Giving Birth To Princess Charlotte – Prince William Can’t Get Her To Leave The House! 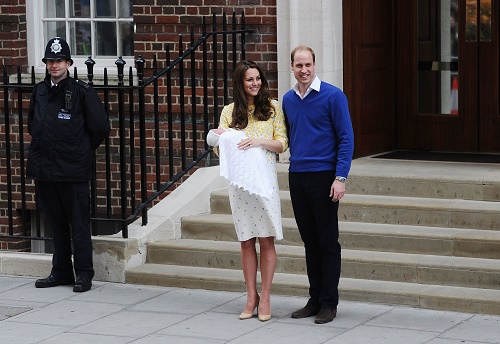 Prince William’s wife Kate Middleton gave birth to Princess Charlotte Elizabeth Diana in May 2015; however, the Duchess of Cambridge has been MIA and hiding out at Amner Hall ever since. According to a new report, Kate’s reluctance to head outside might be the result of post-partum depression. She suffered from a similar funk in 2013 after she gave birth to Charlotte’s older brother Prince George.

The June 22 edition of National Enquirer reveals that Kate Middleton is having a terrible time adjusting to life with a newborn baby, and hasn’t been herself since giving birth to Princess Charlotte. A royal family insider dished to National Enquirer, “She’s really down in the dumps, and has been getting teary-eyed and irritable. It’s like Kate is crashing back down to Earth after the jubilation of giving birth. Kate has been so down that she is simply hibernating. Everyone, especially William, has been trying to coax her out again, but nothing seems to be working.”

Of course, the stresses of having two babies to care for instead of one is enough to make anyone irritable, not to mention she has her mother Carole Middleton living with her and breathing down her neck. Also, Kate Middleton is reportedly having a tough time shedding the pounds since Princess Charlotte’s birth and has even been rumored to be doing dangerous juice diets to get back down to her pre-baby weight. That could also be one of the leading causes of Kate’s depression, and if she is starving herself that would explain why she is irritable and emotional.

Do you think that Kate Middleton is suffering from postpartum depression? Could it be just the stresses of having a newborn baby in the house again, or something much deeper? Will she bounce back or have to seek help? Let us know what you think in the comments below!