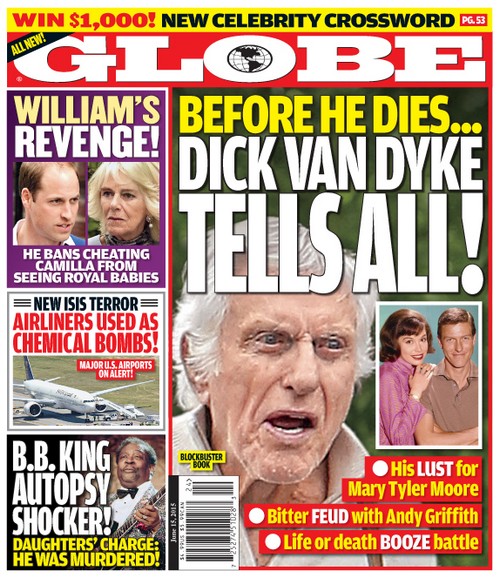 Camilla Parker-Bowles was allegedly caught cheating on Prince Charles in May, and Prince William is so furious he banned Camilla from seeing his and Kate Middleton’s children. A photo surfaced in May of Camilla Parker-Bowles kissing her British TV star boyfriend in an antique shop, her husband Prince Charles and the Royal Family went through the roof when GLOBE Magazine published the photo because of the shame and scandal Camilla was once again bringing on their family.

According to the June 15 edition of GLOBE Magazine, Prince William was so upset that he called Camilla Parker-Bowles and informed her that under no circumstances was she allowed to see Prince George or meet Princess Charlotte. GLOBE’s royal insider dished, “William raged that this was the final nail in Camilla’s coffin, and she had humiliated Charles and the royal family for the last time! He told Kate, ‘How can we trust her after this? I don’t want her anywhere near George and Charlotte, she’s banned!’ Prince William and Kate Middleton would be happy never to set eyes on her again.

Apparently Camilla Parker-Bowles had a trip planned to visit Amner Hall this month and meet Princess Charlotte for the first time, however GLOBE’s insiders say that Prince William called Camilla and cancelled the trip. William informed his stepmother that he and Kate didn’t want her anywhere near their children after her latest cheating scandal.

It looks like Camilla Parker-Bowles may have alienated herself from the royal family for nothing though – apparently after news of her affair with the British TV star got out, he informed Camilla they needed to take a break! GLOBE teases that Camilla’s boyfriend, who is 12 years younger than her, feared that he would be blacklisted and overlooked for gigs because of their relationship – so he broke it off! Now, the royal family wants nothing to do with Camilla after she allegedly chose a guy over her husband Prince Charles – and then he dumped her! Karma really is a beautiful thing.

Do you think that Prince Charles will divorce Camilla over her affair? Will Prince William and Kate Middleton change their minds and let Camilla see the kids? Does she even care that she was banned from Prince George and Princess Charlotte? Let us know what you think in the comments below!