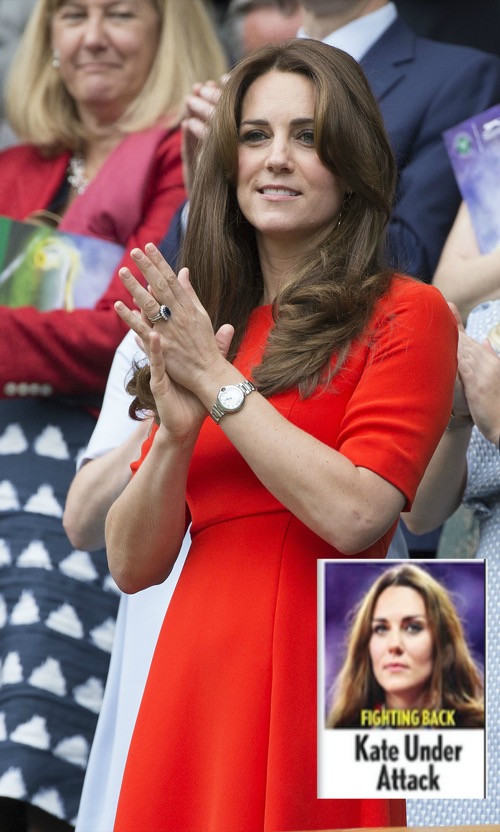 Prince William’s wife Kate Middleton is busy raising Princess Charlotte and Prince George, all while training to be the future Queen of England and living under the public microscope. The Duchess of Cambridge seems like super woman to outsiders looking in – but according to a new report, Kate is starting to crack under the pressure and the online bullies and critics are taking a toll on the mother of two.

This week’s edition of Life & Style Magazine reveals, “In recent weeks the long beloved Duchess of Cambridge has become a target of cyberbullying, with online critics slamming everything from her graying hair to her fashion choices. It has been deeply upsetting for Kate who was bullied as a young girl, making her especially sensitive to hateful comments.”

Life & Style goes on to reveal that Kate Middleton and her husband Prince William have decided to tackle the cyberbullies head on – and they are launching a campaign against bullying on the internet, and are personally meeting with executives from Twitter and Facebook to discuss new policies. The royal family insider added, “This will be Kate’s way of getting back at the nasties, and William fully supports her.”

Bullying is not cool, regardless of whether you are the future Queen of England or a tween two houses down the street from you. Obviously we don’t condone the cyberbullying – but at the same time, Kate Middleton needs to stop taking everything critics say to heart. When she married in to the Royal Family, she knew she was basically giving up her privacy and would be living in the public eye, and would be open to constant scrutiny. Being a member of the Royal Family is not for the faint of heart, and Kate needs to learn to brush off nasty online comments about her gray hair and tiny waist.

Do you think that Kate Middleton is being a bit too sensitive? Or are the online bullies going too hard on the stressed out mother of two? Share your thoughts in the comments below!