Kate Middleton Not Dilated Enough To Induce Labor: Royal Baby Birth Due Date Pushed Back to May 5? 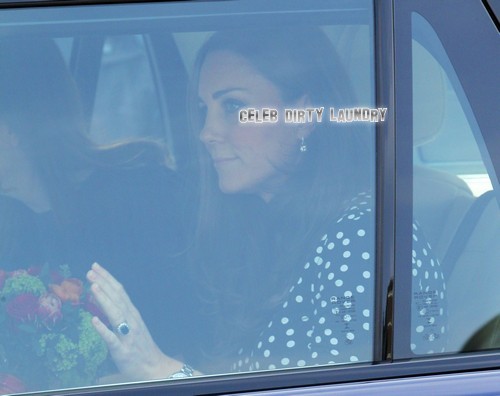 Pregnant Kate Middleton’s due date has been pushed back a week, and the Duchess of Cambridge may not go in to labor until as late as May 5. Originally Prince William’s wife was said to be due on April 20, and reporters and super-fans of the future Queen have been waiting at St. Mary’s Hospital in Paddington since April 15 for the birth of the new baby, but it looks like they could be waiting another week.

Parking restrictions have been in effect at the St. Mary’s Lindo Wing since April 15 and were set to expire today, but today the Westminister Council extended the restrictions up until May 5. Kate Middleton is thought to be a week past her due date and was rumored to be planning an induction with the doctors at St Mary’s to kick-start her labor, but it looks like the doctors have opted not to medically induce the Duchess and will continue to wait it out. It isn’t uncommon with expectant mothers for doctors to miscalculate the actual due date and be off by a week or two. The fact that Kate Middleton hasn’t been induced by doctors and gone into labor simply means that her original due date was most likely incorrect and she is nowhere near dilated enough to give birth.

On Tuesday April 28 Kate Middleton was out and about in London, and even driving her Range Rover herself. The pregnant Duchess of Cambridge took Prince George to the covered Palace at the pool for a swimming lesson and seemed to be very mobile and active – the fact that she isn’t on bed rest or in any sort of pain is a sign that she is nowhere near labor and the doctors have decided that it is too soon to induce her. Are you as upset as we are that we might have to wait until May 5 to see Kate Middleton and Prince William’s new baby? How much longer will Kate’s doctors let her go past her original due date before they induce her? Let us know what you think in the comments below!