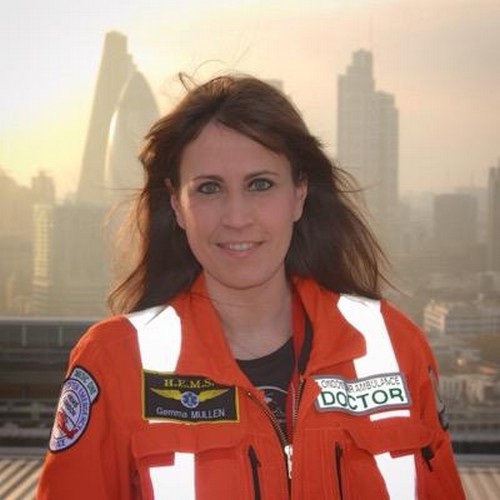 Kate Middleton has more to fear than her husband undertaking a risky rescue mission. The Duchess of Cambridge likely fears Prince William could be tempted into a cheating scandal as the future king is paired with sexy colleague Dr. Gemma Mullen. It sure doesn’t seem like an accident the Duke of Cambridge will spend long shifts with an attractive co-worker. Is William looking for a mistress?

Just when Prince William and Kate’s relationship seems solid, the Duke returns to work after a paternity leave to spend long hours with doctor who literally flies around like Wonder Woman, saving lives. The Daily Mail reports that William was paired with Dr. Gemma Mullen at East Anglian Air Service, where the duo will spend 9 to 10 hour shifts together.

Gemma, who is also 33-years-old, is a rather stunning and glamorous woman, who looks like a “more fun version of Kate,” the British media site points out. While Mullen is recently married, she has no kids and it’s a safe bet Gemma doesn’t have a mother who is ballsy enough to insert herself as matriarch at Anmer Hall and constantly anger the royal family. (Ahem, Carole Middleton!) 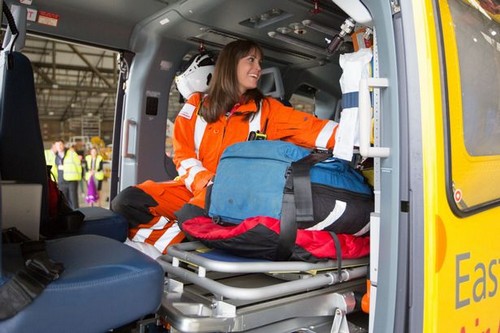 Prince Charles notoriously had a wondering eye, carrying out an affair with Camilla Parker-Bowles, who he later married. Will history repeat itself as Kate Middleton portrays herself as the “People’s Next Princess” as media outlets like Hello magazine, Daily Mail, and Huffington Post dub her? Kate makes constant nods to Princess Diana in her style and attitude, but will she be the victim in a cheating scandal?

It’s possible Prince William has cheated on Kate Middleton already. The Duke bailed on Carole Middleton’s annual family trip to Mustique nearly 7 months after Prince George was born. There had been reports the royal couple were constantly fighting over Kate’s post-baby blues and plans for a second child. William had a few free days in his schedule, but instead of joining his wife, the Duke of Cambridge chose to join Prince Harry and his ex, Jecca Craig on hunting trip in Spain.

Everything about the trip with Craig seemed odd. Harry loves to have fun, but always stoic William left Kate to deal with a very tiny Prince George, so he could romp around Spain with his ex-girlfriend. Page Six reported Prince William’s hookup with Jecca Craig, noting the two were traveling with a group but got along well.

Following William’s trip with his former flame, Kate found herself in a second round of nude photo scandals. Royal sources squealed that Prince William was “extremely upset” per CDL’s report in June 2014. In response, the Duke allegedly wanted to get back at Kate by having an affair, and starting hunting for a mistress. We know how ridiculous that sounds, but royals and cheating scandals go together like peanut butter and jelly.

Will Prince William’s sexy and seemingly fun new colleague be a problem for William and Kate Middleton’s relationship? Was it an accident or happenstance that the Duke of Cambridge was paired with a young, beautiful woman? Let us know what you think about the chances we will see a Prince William cheating scandal in the future.