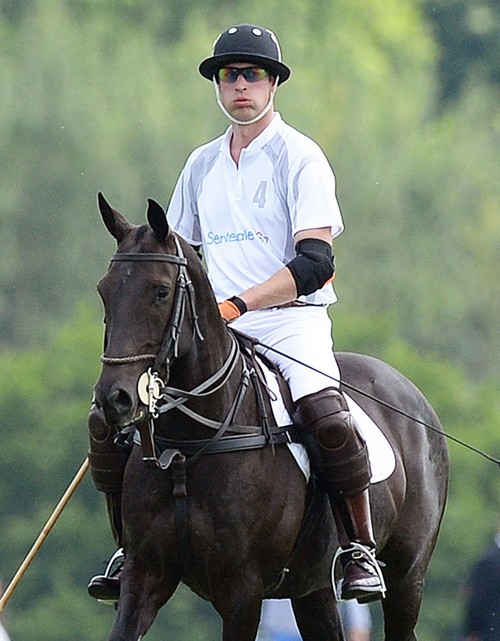 Prince William recently participated in a charity polo match this weekend, but Kate Middleton, as usual, was a no-show. Seriously, why has the Duchess of Cambridge been taking every excuse to avoid public appearances for the past month? The prevailing theory used to be that she was pregnant, but that was debunked when she was spotted drinking alcohol. However, her absence this time actually makes sense, what with the humiliating bare bum scandal.

The royals have remained uncharacteristically silent on this matter, partly because there’s really nothing they can do. The pictures were taken legally, so the magazines are well within their right to publish and distribute the photos as they see fit. Granted, there’s a lot more going on behind-the-scenes than just humiliation and embarrassment.

According to royal sources [who may or may not be very reliable], Will is extremely upset with Kate for getting embroiled in yet another naked picture scandal, and this time out of her own doing. He knows [as we know] that she could have easily prevented the situation by weighting down her dress, or wearing appropriate underwear. But she did not, and the royals once again have to deal with a potentially messy public situation. Sure, it’s not as bad as Prince Harry‘s Vegas scandal, but Harry’s not a woman nor is he married to the future King of the country. A horrible double standard, agreed, but a double standard that unfortunately still exists in the royal family.

Of course, that doesn’t mean that Prince William is a saint, either. No, not at all. We’ve heard that he’s been on the prowl for a mistress for some time now, following in the footsteps of his father, Prince Charles. While William’s relationship with Kate is far better than Charles’ was with Princess Diana, Will is reportedly very upset and angry at Kate for her recent scandals, and he thinks the best way to get back at her is via an affair. The dumbest thing we’ve ever heard? Yeah, sure. But when it comes to royals and cheating, I can never dismiss anything as being too fanciful. Let’s not forget Will’s little hunting trip to Spain with Jecca Craig while Kate was in Mustique with her family. These people have some insane gossip that they manage to cover up with PR magic, and I wouldn’t put anything past them.