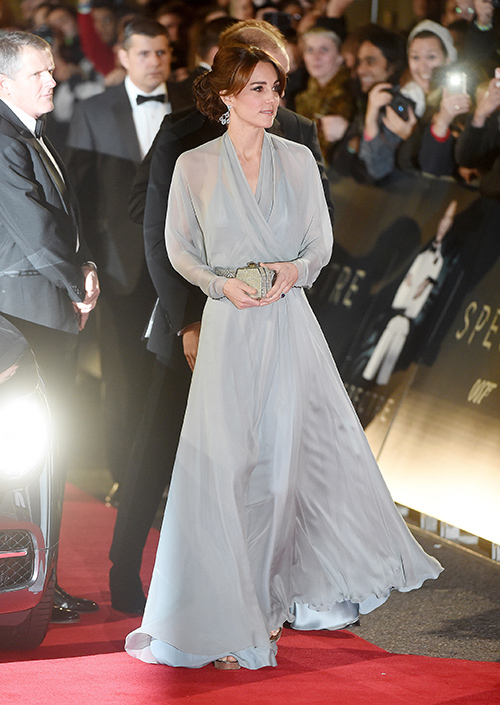 Kate Middleton is feuding with yet another member of the Royal family? Did Sophie Wessex mock Duchess Kate’s lack of business experience and nearly non-existent employment history during a speech at the 100 Women in Hedge Funds dinner in New York City?

At the ostentatious 100 Women in Hedge Funds dinner held at Cipriani’s restaurant the Countess of Wessex gave a speech in front of some of the wealthiest women in New York City. Countess Sophie, who is the “Global Ambassador” for the 100WHF said, “I am rare because I am one of the few ladies in the British Royal Family who has had a professional business career and their own company.” Was this a direct and to-the-point criticism of Kate Middleton’s spotty employment history prior to marrying Prince William?

Mocking Kate’s lack of business experience may not have been a very bright idea. Perhaps the Countess of Wessex has forgotten that the public relations firm in which she was a partner failed miserably? A 2001 newspaper set-up exposed the Countess’s attempts to cash in on royal connections in order to gain clientele. In addition, the sting caught Sophie Wessex saying derogatory things about then Prime Minister Tony Blair and the late Princess Diana.

Despite the Sophie scandal of 2001 Queen Elizabeth considers the Countess of Wessex a very valuable member of the Royal family. After this latest speech at the 100WHF gala in New York City will Sophie still be a huge asset? Was the Countess’s intention to drive a larger wedge between Duchess Kate and Queen Elizabeth and was Sophie successful? All the digs and jabs during speeches over the past month should make for a rather interesting holiday at Sandringham this year.

Countess Sophie and Queen Elizabeth have enjoyed a close relationship. But Kate Middleton is married to the second-in-line to the British throne. At some point Sophie Wessex may need to have Queen Kate in her corner. Has this caused the Countess to become increasingly jealous of Duchess Kate?

Let us know what you think in the comments section below. Come back to CDL for more Royal Family and celebrity news and gossip.