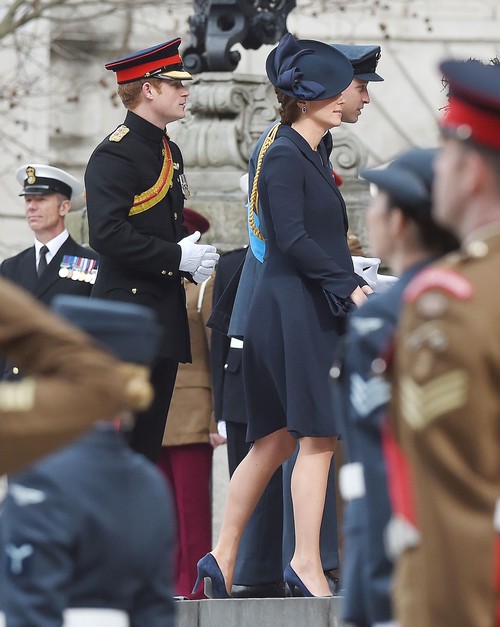 Kate Middleton will make her final public appearance before her due date at a St. Patrick’s Day parade and is expected to give birth during a full moon. Kate Middleton has been working harder in the past month than most pregnant women work in their entire third trimester, largely due to the exigent pressures of being a royal. To be more specific, Kate has become the royals’ most prized PR possession, capable of distracting even the most hardened media veteran from thoughts on Prince Andrew’s sex scandal. However, Kate is about to take a one month+ sabbatical to give birth, and one of the last public appearances she’ll be making before her due date will be a St. Patrick’s Day parade at Mons Barracks, Aldershot, home to the first Battalion Irish Guards.

Prince William will be attending the event as Colonel to that regiment, and Kate will accompany him. Of course, the event will be widely covered, not just because of the high-profile nature of the outing, but also because Kate won’t be seen in public again until after her birth. I mean, the poor thing deserves some rest, no? She’s been running around England, making appearance after appearance this entire week. She made her appearance at the Commonwealth Day Service on Monday, and then spent earlier today at the Margate art gallery in Kent. She’s due at Ealing Studio tomorrow to visit the set of Downton Abbey, which will also be incredibly high-profile and as such, exhausting.

But it’s only a few more days until Kate gets to take an extended rest, although I don’t know if being in the last stages of your pregnancy counts as ‘rest’, per say. Right now, we know that Kate’s due date is likely to be at the end of April, but since Prince George was born on a full moon, it is VERY possible that his baby sister or brother will also be born on a full moon – in this case, on May 4th, which is not all that far from the projected due date, April 29th.

What do you guys think about royal baby #2 being born under a full moon? Let us know your thoughts in the comments below.

The Royal Family and British politicians visit St Paul’s Cathedral for a Service of Commemoration for troops who were stationed in Afghanistan on March 13, 2015 in London, England.

Kate Middleton and royals at Margate and Westminster Abbey by FameFlynet