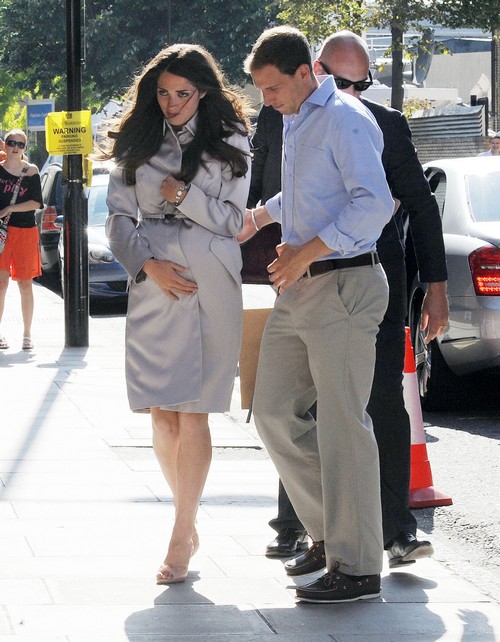 Stop the presses, Kate Middleton could give birth to the next royal baby within the next twenty four hours! The wait has been long and brutal, especially for Kate herself considering her difficult battle with Hyperemesis Gravidarum. However, the day [or maybe week] has finally arrived that the second royal baby will grace our plebeian selves with her [or his] glorious presence.

Even though the royals didn’t mention the exact due date, most royal watchers had initially assumed that it would be this weekend or early next week. However, a new report from the Daily Mail is reporting that some sources are now claiming that the due date could be earlier than expected. In fact, the report from the Daily Mail alleges that royal preparations to take Kate Middleton to give birth to her baby girl to the hospital have already begun, even though they’re trying to keep it hush hush.

Kate Middleton – and ‘official’ palace sources – had both stated that the due date was mid to late April, so we know that we’re in the expected period of time. However, Prince William has already reportedly taken leave from his work, and even Prince Harry’s in town this weekend for the London Marathon. How convenient, right? Kate Middleton’s due date is here, and both her husband and brother-in-law just HAPPEN to be in town? Come on, we all know it’s not a coincidence, even if the royals won’t come right out and say it.

In fact, don’t be surprised if Kate does end up going into labor over the next few days. Even though we’re assuming that it’ll take longer for her to give birth, it seems like maybe the royals have been hiding the real due date from us all along.

Do you guys agree – and do you think Kate Middleton will due into labor today or tomorrow? Let us know your thoughts in the comments below.