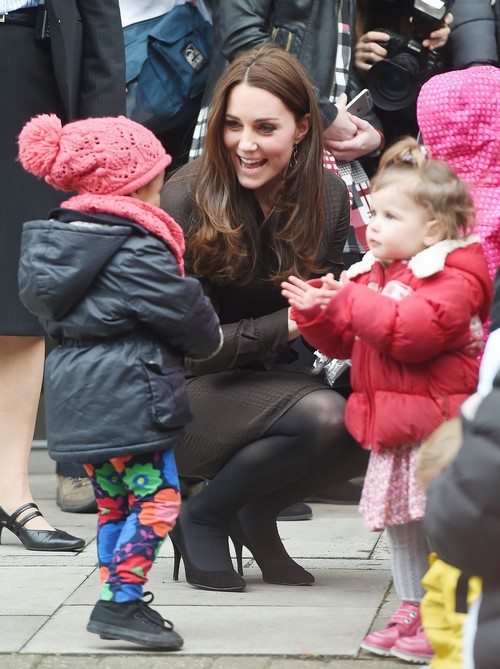 Kate Middleton is reportedly receiving a 10% discount on the birth of her second baby at the Lindo Wing of St. Mary’s Hospital in London. I guess it’s not enough that she’s Kate freaking Middleton and a member of the royal family, giving birth to yet another heir to the British monarchy. Nope, they have to add that 10% discount in there, probably for ‘valuable’ customers.

Then again, the report from the Independent claims that it’s ‘standard policy’ for St. Mary’s, which is a private hospital group. Kate gave birth to Prince George in the same wing at the same hospital in 2013, and it’s ‘standard’ for them to offer a 10% discount for having birth again in the same place.

Now, even with the discount, the cost of the birth is very, very high. The way The Independent’s report phrases it, “A two room suite costs £6,570 for an overnight stay with a “normal delivery” – or £5,913 with the Duchess’s discount. On top of this, there is also the £6,000 consultant’s fee.”

The baby’s birth is reportedly in a week, give or take a few days. However, the hospital has already started making preparations for the birth, and Kate Middleton and her family have also been doing the same. The hospital has already hired extra security, and I’m sure the royals are combing over the press details with a fine toothed comb. This is the second heir to the British monarchy, after all. And even though we know it’s a baby girl, there are still several people that don’t believe it or won’t believe it until they see proof – which is about to come very soon.

What do you guys think about Kate Middleton receiving a 10% discount on her second birth? And do you think the birth will happen in a week, right on schedule – or will it deviate from the schedule? Let us know your thoughts in the comments below.