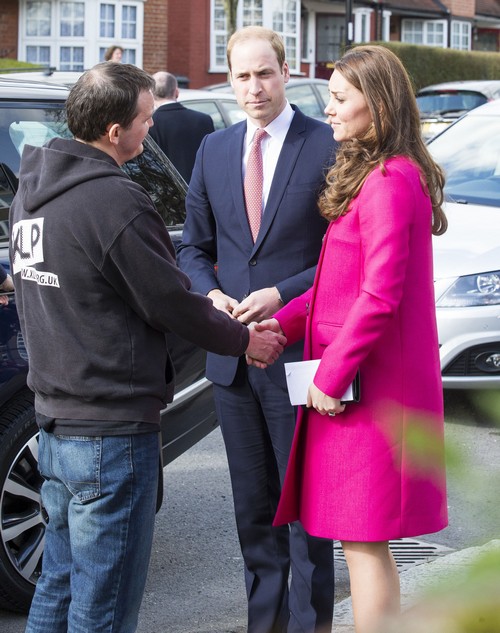 Kate Middleton is adored by just about everyone thanks to her gentle nature, kindness, and charm, but terrorists and stalkers threaten the safety of the royal couple’s second baby birth. The Duchess of Cambridge is due to give birth any now and hospital security has been increased in response to the hundreds of fanatics that could pose a threat to Princess Kate.

Security teams are sweeping the hospital and working with police to ensure the safety of the royal couple and their newborn baby. There will be special patrols inside and outside of the hospital. Even the press is being subjugated to new rules. During the birth of Prince George, media was allowed to secure spots outside of St. Mary’s Hospital in Paddington. However, for the delivery of Kate and Prince William’s second child, press is not allowed to set up outside the hospital until The Duchess is admitted.

It was revealed by the Independent, that Kate Middleton has around 220 known stalkers that are considered to be threats to the safety of the royal family. Officers and security have been utilizing every resource they can to identify the possible threats, including scouring the web and looking for signs of harmful intentions.

A former head of royal protection for the Metropolitan Police explained to the media outlet that large life milestones, like weddings and births, tend to increase the chances of an incident or attack. By searching for signs of premeditated plans, the entire ordeal could be prevented.

Terrorist attacks are another concern of The Duke and Duchess’ security team. Terrorism has been a growing threat across the world, and it was recently discovered rural areas of Wales were being used by radicals to train and plan attacks. An officer with the Wales Extremism and Counter Terrorism Unit (Wectu) reportedly told a council that Wales “featured quite significantly in a number of high level priority one terrorist jobs in the United Kingdom,” according to BBC News.

Hopefully an attack on Princess Kate was not one of those plans, but security around the Prince William, Princess Kate, and their second baby will be tighter than ever. Every possible threat is being thought of; terrorist and stalkers included. Even pranks, such as the radio station pretending to be The Queen searching for an update on Kate Middleton’s condition, will be taken very seriously.

Perhaps this might be another reason two other hospitals have been readied to welcome Kate Middleton after she goes into labor. As we reported, the staff at Royal Berkshire Hospital and Addenbrooke’s Hospital in Cambridge are all prepared to help The Duchess deliver her second baby. Two other delivery locations would be great decoys. Concerns that pregnancy complications arose with the news of additional hospitals being prepared, but it could simply be a matter of logistics or security. You can bet that safety will be equally as extensive at the contingency hospitals, should Princess Kate need to alter her birthing plans.