Kate Middleton To Give Birth To Royal Baby Girl Any Day: Will Prince William Miss The Big Event? 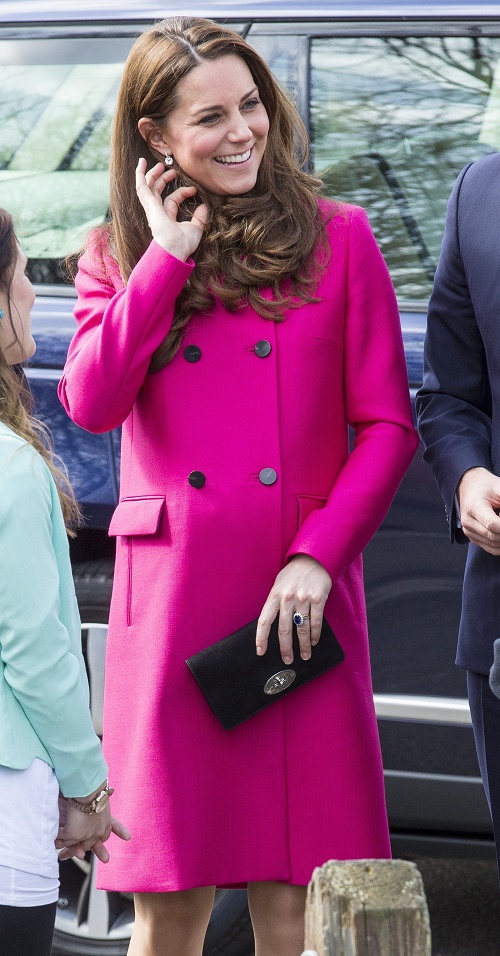 Kate Middleton is getting ready to give birth to her second royal baby, and Prince William might not even be there to witness the big event! The riveting sequel is a lot more toned down than Prince George’s birthing. Even though Kate doesn’t expect to give birth for another fortnight, preparations are already underway at St. Mary’s Hospital in Paddington. Parking restrictions have been put in place at the private hospital’s now-famous Lindo Wing – the predesignated “media areas” will be doled out later this week. No one is admitted into the area until Kate is taken to the maternity ward, i.e. “Shut up and await until I deliver my child!”

According to the Mirror, “In the unlikely event he doesn’t make it Kate will be in good hands with an expert medical team headed up by obstetrician Guy Thorpe-Beeston who delivered Prince George on July 22 2013.”

What about Camilla Parker-Bowles? Oh, no, wait… No baby would want to see Camilla’s horse-face when it enters the world – I’d climb right back in if it were me. The Queen of England won’t be pleased, but she’s immortal, so she wouldn’t have to wait too long for another great-great-great-great grandchild.

What is more strenuous than giving birth? Nothing. I don’t think there’s anything worse than the savage pain a woman has to go through when that little one decides to poke out its head. I salute you, mothers of the world. Let us know your thoughts regarding this impending royal birth in the comments below.