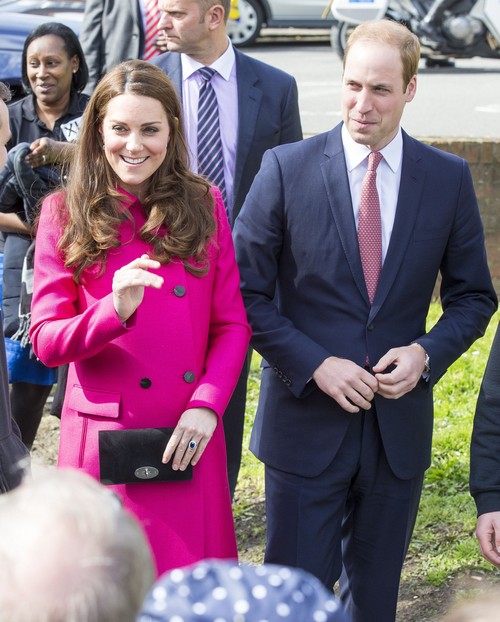 Prince William and Kate Middleton are expecting their second child in mid to late April, and the only thing more exciting than guessing the gender of the baby… is taking bets on the new royal baby name! One way to choose a name? A corgi race. Yes, on March 21 there was a race, with betting and all, of the Queen’s favorite dog breed to determine what the name of Will and Kate’s baby will be! Ten corgis, five females and five males, vied for the number one spot in the “Buckingham Palace” Gold Cup, each with a royal-appropriate name on their back. In first place was Alexandra, followed by Camilla, and Victoria in third place. For the boys, it was Spencer, James, and Boris.

Of course, the race was all in good fun, but talk about what the Royal Baby will be named is a hot topic! 80% of bets placed have been on girl’s names, the current favorites being Alice and Elizabeth, followed by Charlotte. Other potential name choices are Alexandra, Catherine, and even Diana! For the boys, bets have been placed on the names James and Henry, with Arthur, Alexander, and Albert showing up in the mix as well.

We are pretty much certain that Kate Middleton is expecting a baby girl after she went all pink in decorating the new nursery at Anmer Hall. We are even in more that the baby will not be named Diana! Will and Kate’s new baby will be fourth in line to the throne when he or she is born, falling behind Prince Charles, Prince William, and Prince George in the line of succession.

What do you think the gender of the Royal Baby will be? Will England have a new princess as most people seem to think, or are you convinced there will be another little prince running around the palace? Let us know in the comments below!