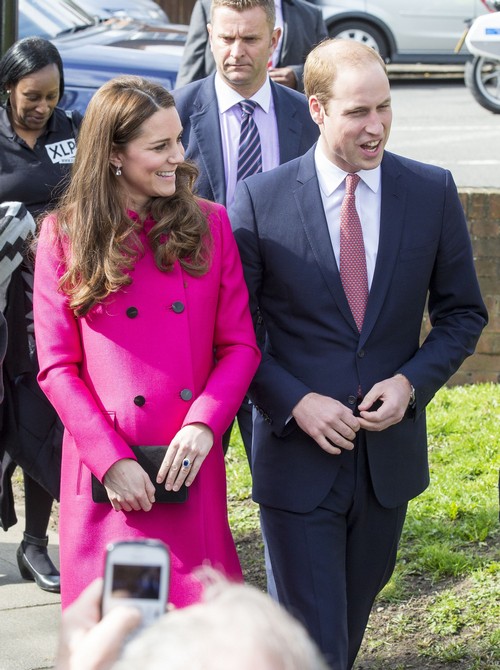 If you were hoping to see Kate Middleton anytime soon, you are sadly out of luck. The Duchess of Cambridge is currently on her maternity leave, in preparation for the birth of her second child with husband, Prince William. She began her maternity leave on March 28, just one day after making her last public appearances, for the time being, with her husband.

While Prince William and Kate Middleton have yet to confirm the due date themselves, sources have stated that the royal family is set to give birth on April 25, and, even though The Duchess has not given an exact date, she did say that she is due in the second half of April.

Rumors have been flying regarding the sex of the Royal’s second child, but a source close to the royal family has confirmed with ABC News that the Prince and Duchess do not know the gender of the baby. In addition, there is no confirmation on the name, but Charlotte is currently the favorite choice of Britons.

ABC’s sources have also said that an announcement regarding the Duchess’ labor and the baby’s birth will be given out to the public soon, but only after all of the family is notified, first.

Where will Kate Middleton stay during her pregnancy? Sources have said that the young royal is expected to stay at Kensington Palace in London before her due date, which is closer to her maternity unit, the Lindo Wing at St. Mary’s Hospital in Paddington. This private unit, is the same one in which she gave birth to her first child, Prince George, back in July of 2013.

After giving birth to her second child, the four are reportedly staying at Kensington Palace for a few days, before they return to their home in Anmer Hall.

As far as whether or not Prince William will be able to be by his wife’s side during labor, we can now confirm, thanks to a source through Daily Mail, that the Prince will take a two-week paternity leave from his job at East Anglia Air Ambulance, to be with his wife and son as they welcome the newest addition into their royal family. Can you picture Prince William as a labor coach?