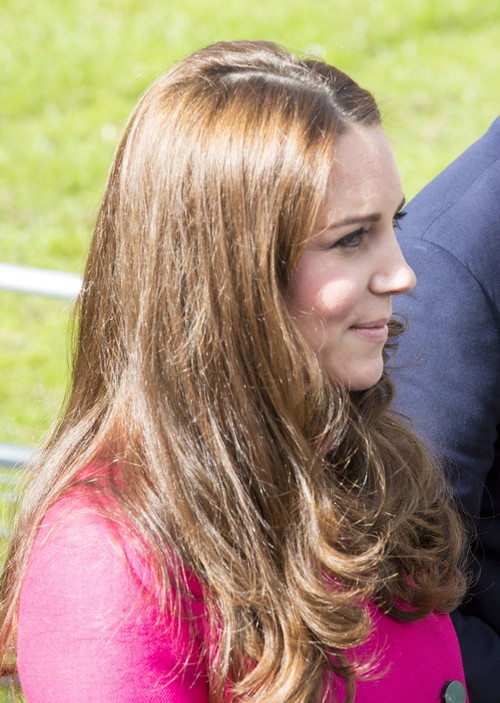 Kate Middleton is ready to give birth to her second child with Prince William and enjoying a maternity leave. CDL has covered all the royal buzz and gossip including the baby’s gender, Kate’s chosen baby names, and even her due date. Now, we’ve got the scoop on The Duchess of Cambridge’s post baby body plan including plastic surgery tummy tuck rumors, exercise plans, and her planned extra recovery time. Kate won’t be the first senior royal to get plastic surgery – Camilla Parker-Bowles had a major facelift 2 years ago in preparation for Charles’ great role in the monarchy.

Plans to welcome the new Princess or Prince to the royal family are coming along. The hospital, as we reported, is already making arrangements for Kate and William. The royal couple will return to the private Lindo Wing of St Mary’s Hospital in Paddington when Princess Kate goes into labor. Kensington Palace is also said to be sticking to the protocol it employed after Prince George was born. According to Hello magazine, a few changes to security have been made, but the world can expect that same presentation of Prince William and Kate Middleton’s second baby.

As far as Kate’s plans for her return to the public eye and royal duties, that will change. Kate has decided to take more personal time to bond with her second child. People reported that the Duchess felt she returned to working too soon after giving birth and wants to enjoy more time off after her second pregnancy.

Her extended maternity leave could actually hint to a longer recovery time. Is the news that Kate is taking more time off after delivering her baby girl a sign she might be having a tummy tuck? It’s a possibility and a popular choice with celebs who bounce back from their post-baby body. However, Kate Middleton has always been fit and health-conscious. It’s likely she is well-prepared and has a team ready to help her bounce back.

After Kate gave birth to George, she reportedly stuck to an exercise regimen that relied on lots of walking and yoga. A royal source told E! News that Kate also had a personal trainer in the private gym in Kensington Palace and the Harbour Club in Chelsea.

A post-baby biography on the royal couple by Katie Nicholl revealed Carole Middleton “whipped up nourishing fruit smoothies and healthy meals each morning” for her daughter. The tome also claimed Kate loved to snack on muesli bars.

OK! magazine received a ton of backlash after running a story on Kate Middleton’s “post-baby weight loss regimen” shortly after the Duchess gave birth. The articles offended most, and even had some readers boycotting the media outlet thanks to the timing of the publication. Fans felt it was “too soon” to be focusing on Kate’s body changes, and felt it pressured new moms to “instantly” lose the baby weight.

What do you think about pressure on Kate Middleton to bounce back from having a baby? Is it an unfair topic? Let us know in the comment section below!