Kate Middleton Middle Class Lifestyle a Cover for Being Lazy: Carole Middleton Takes Over as Prince William Away at Work? 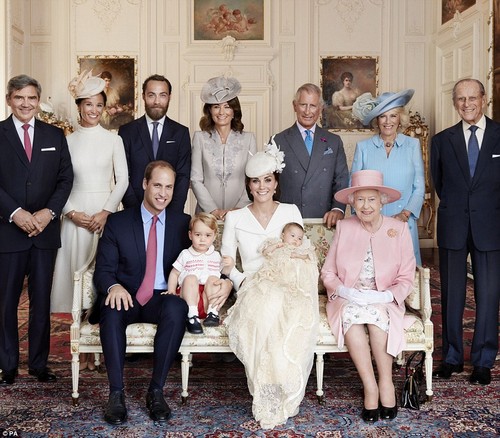 Kate Middleton has a varying fan base that typically falls on the side of adoration or distaste. Some critics of the Duchess of Cambridge argue that Kate’s middle class lifestyle and royal revolution is just a cover for being lazy. Meanwhile, others fear Prince William’s new job might be a distraction for Carole Middleton to gain power and Kate Middleton will abet her mom’s middle class takeover.

The Duchess is constantly trying to portray her world as a humble, middle class life. Kate recycles outfits, snubs the legions of staff that come with royal privileges, occasionally eats in pubs, lives in a country home, and opts for more homespun affairs whenever possible. It wouldn’t be surprising to see Middleton in the grocery store using coupons.

There are many theories as to why The Duchess of Cambridge prefers the low-key style. The middle class humility portrays her as approachable and likeable. It also gives her power and influence, cementing herself and her Middleton family in the royal life, whereas past non-royal in-laws are typically pushed out. The Middletons are often front and center, sponging on the opportunities that come with being tight with royalty.

However, some critics say Kate’s middle class royal revolution is just a cover for the royal couple’s laziness. Even the Duke and Duchess’ country home, Anmer Hall, is a built in excuse to skip royal engagements. The Sandringham location provides them the excuse of distance. Prince William was also criticized for only working 47 days as a RAF search and rescue helicopter pilot. “Despite continuous claims of being a hardworking royal, Prince William has been anything but,” Graham Smith, Republic’s chief executive, revealed to the UK’s Express.

Now, Prince William has begun another job as pilot for East Anglian Air Ambulance. During a television interview the Duke explained, “There’s nothing to say I couldn’t do it for the rest of my life. I might be able to, and still balance the two. But obviously at some point there is probably going to be a lot more pressure and responsibility from the other side of my life.”

From the moment Kate gave birth to Prince George, it has been clear that she has someone else to rely on…her mother, Carole Middleton. After giving birth to the heir to the throne, the Duchess moved in with her parents, relying on them to help her raise little George. After Charlotte’s birth, the changes to royal traditions continued, and Carole moved into Anmer Hall to help Kate care for Prince George and Princess Charlotte. It’s clear Kate’s mother is her true rock to lean on, and while Prince William is working 9 to 10 hour shifts with a sexy doctor partner, Carole is undoubtedly taking advantage of his absence and providing comfort and support for Kate who is in the final weeks of her maternity leave.

Is Prince William’s job a good excuse for Carole Middleton and Kate Middleton to continue calling the shots and making changes to royal tradition? Is Carole Middleton’s endgame to gain the title of Queen Mother, usurping power as the dowager queen? More royal protocol would have to change in order for that to happen, but the Duchess’ mother seems up to the task.

What do you think? Is Kate Middleton lazy? Will Prince William stand by as the Middletons take over?