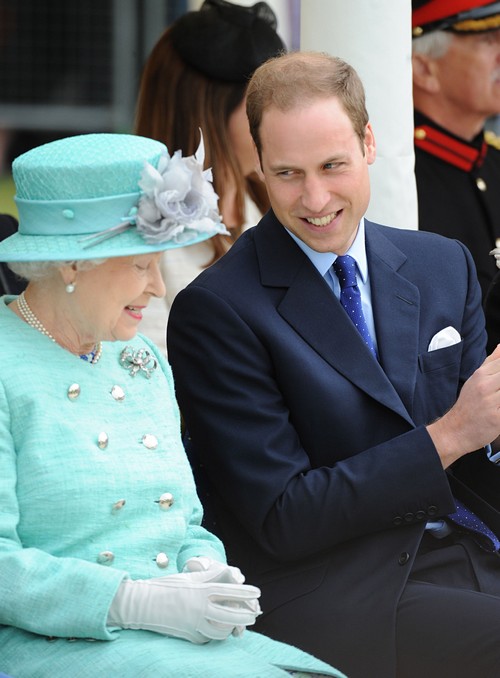 Prince William and Kate Middleton’s baby girl Princess Charlotte Elizabeth Diana is not even a month old and the royal family is in a full-blown feud over the newest addition to the family. It’s no secret that there is no love lost between Queen Elizabeth and Carole Middleton, but tensions reached a new all-time high when Queen Elizabeth arrived at Kensington Palace to meet her new granddaughter and was shocked to see that Carole Middleton had beaten her there and met Princess Charlotte first.

The May 25 edition of Star Magazine reveals that the royal family’s bitter batter with the Middletons is only going to get worse – because Prince William and Kate are moving her parents in to Kensington Palace with them. After Prince George was born Kate Middleton and Will packed the baby up and moved in with Carole and Michael Middleton – and the Queen was fuming. So, this time around they decided to try and make both families happy by staying at Kensington Palace and inviting Kate’s parents to stay with them, but that hasn’t gone over well either.

According to Star Magazine’s insiders, “Kate was in tears as they left London. She can’t wait to have her family with her at Amner, but she is still upset over the confrontation at Kensington. Will feels stuck in the middle. In his eyes, he doesn’t think that it should be a competition. They should all be bonding over the new addition to their family, rather than fighting over her like children.”