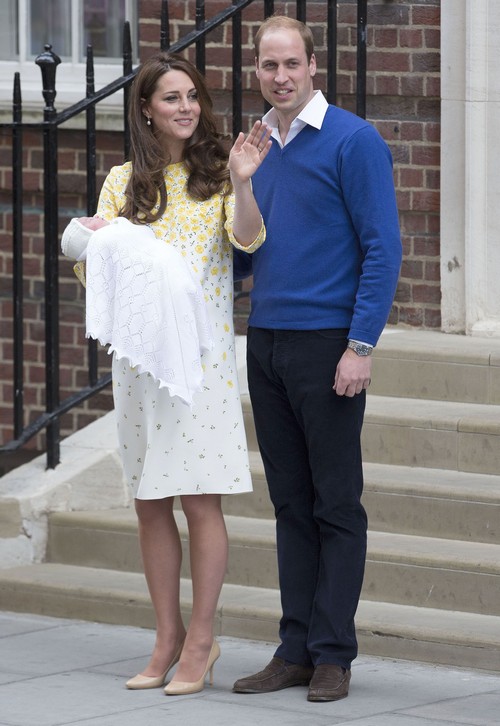 Kate Middleton has long favored her family and their influence in her life. The Duchess favors Carole Middleton over Princess Charlotte and Prince George’s royal circle, and the news that Pippa and James Middleton will play “key roles” in the royal baby girl’s christening suggests Kate Middleton isn’t giving in on the Middleton’s power in the royal family.

CDL pointed out in early March that Prince Charles has been frustrated with the amount of time the Middleton family spent with Prince George. Charles allegedly complained he “almost never” sees his grandson and fears he won’t be able to mentor the future king, let alone get to spend time with Prince George and Princess Charlotte.

Carole and Michael Middleton enjoy more time with the royal tots. After Prince George was born, the Duke and Duchess of Cambridge temporarily moved into the Middleton’s home to recover and enjoy help with their new baby. This time, Kate and William took Princess Charlotte to Anmer Hall a few days after she was born where Carole Middleton is undertaking the same “hands-on” roll with Prince Charlotte as they did with Prince George.

The Middletons have long been a proponent of providing a level of “normalcy” for Prince George. Carole takes the prince on regular visits to the farmers market. These trips and lifestyle choices irk Queen Elizabeth, who feels the Middleton’s are too middle-class and dislikes the commoner values the children are being raised with. The Queen wants to see Prince George and Princess Charlotte being raised with royal values and views to ensure they will carry on the regime and know what is expected of them in the future.

Don’t forget about James and Pippa Middleton. The brother and sister of Kate have also upset the Queen on more than one occasion. However, Queen Elizabeth will have to tolerate the younger Middletons. James Middleton and Pippa Middleton will play “key roles” in Princess Charlotte’s upcoming christening according to People. The duo will have aunt and uncle duties at the very least, but beyond that, it’s unclear what the Middletons have up their sleeve. Clearly neither Pippa nor James are the type of quality people one would normally associate with royalty – of course neither is Prince Andrew…. The Royals can’t really say anything since nobody in the Middleton family including Carole Middleton’s ‘seedy’ brother Gary Goldsmith comes close to Prince Andrew in terms of scandal.

Do you think Prince George and Princess Charlotte should be raised with a better sense of royalty? Are Kate Middleton and Prince William making the right choice when it comes to providing their children with a more “normal” lifestyle – is ‘normal’ a euphemism for ‘commoner?’ Let us know in the comments below.