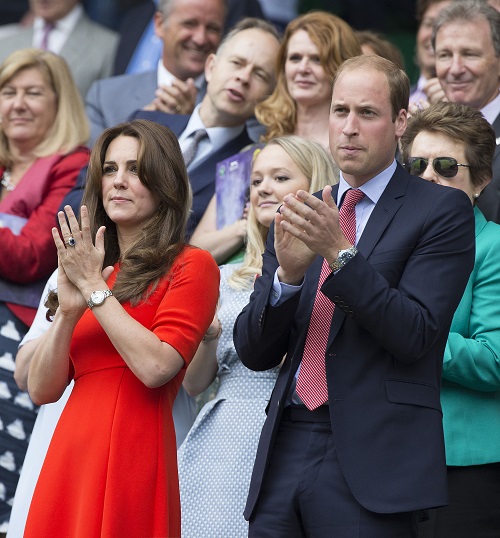 Kate Middleton and Prince William constantly have the world’s attention. Nearly 50 million people in the U.S. and the United Kingdom watched William and Kate’s wedding, but royal couples are synonymous with relationship problems, cheating, and other scandals. Just over 4 years into their marriage, the royal couple is still in love, and it’s possible the Duchess’ middle class ways are saving their love.

The Duchess of Cambridge has brought some understated glamor to the royals, making her a showpiece on the royal’s stage. Much like with Princess Diana, fans can’t get enough of Kate Middleton. Kate’s clothing choices sell out minutes after she walks out the door, her makeup looks are recreated on every beauty blog, and even paint colors have been devoted to the Duchess.

Since the birth of Prince George, Kate has been making quiet moves of power. Making sure she has allies, Kate has cemented a place for her mother, Carole Middleton, into her life. While royals typically shut out in-laws, Carole is front and center with Kate. Both women also insist on calling the shots in the own lives, raising the children with their interests and values instead of bowing to royal protocol. Kate and William care for Prince George and Princess Charlotte in lieu of a team of nannies.

The royal revolution doesn’t stop there. Kate took advantage of the 2 year grace period Queen Elizabeth offered her after marrying Prince William, according to an early Vanity Fair report. The Duchess shopped at local supermarkets, cooked meals herself, and addressed her limited staff on a first name basis. It made a relaxed atmosphere for William to enjoy life and escape the stuffy royal drama.

Kate’s lifestyle has been deemed “middle class” by the Queen according to several magazines including Us and the UK’s Daily Mail. However, the lifestyle didn’t end after the grace period. In fact, the Duchess pushes for normalcy and insists on raising the children with family-oriented values. Queen Elizabeth has reportedly voiced her displeasure regarding Kate’s middle class upbringing, insisting the kids be raised with a sense of royalty according to a report by Star shortly after the birth of Princess Charlotte.

Maybe that sense of relaxation and control in their lives helps keep love alive for William and Kate. They are still seen having dinner at local pubs together, and enjoy privacy at Anmer Hall thanks to a very small staff of trusted employees. In public, the Duke and Duchess maintain a sense of humor. At the Wimbledon quarter final match, Prince William and Kate were photographed smiling and laughing together, sharing private jokes. At one point, Kate rested her head on William’s shoulder looking content and happy. When the announcement of the tube strike was made, William made the crowd giggle as he jumped up from the royal box, pretending to make a dash for the station.

It’s pretty clear both Kate and William are happy and in love. Whether it’s the afterglow of welcoming a new baby, or the relaxed lifestyle Kate has created, the Duke and Duchess appear to be a solid couple.

What do you think of Prince William and Kate Middleton’s relationship? Will they fall into the trap of royal scandals?