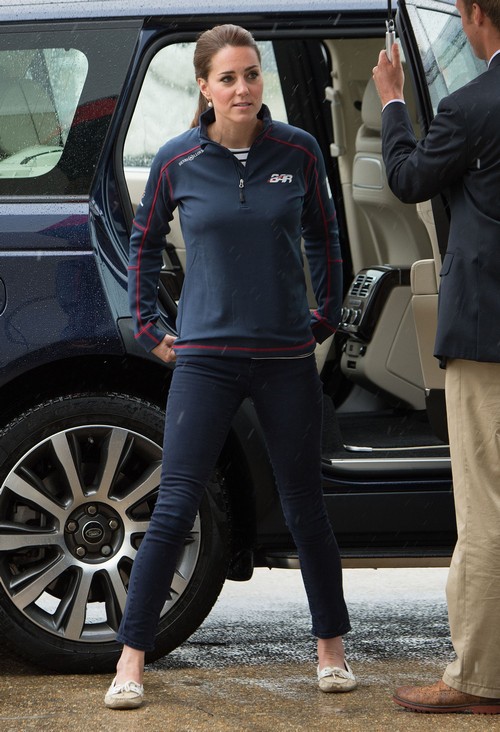 Kate Middleton is back! The Duchess of Cambridge plans to return to her royal duties after Queen Elizabeth intervened to help repair Kate’s marriage to Prince William. The royal couple has been showing signs of marriage troubles over the past few weeks, which might be the real reason the Duchess has been absent from her royal duties and various social events. Royal fans certainly weren’t the only ones to notice Kate’s isolation; the Queen noted her disappearance from work and the public eye.

Perhaps having learned a very vital lesson during her time with Princess Diana, Queen Elizabeth once again stepped into Kate Middleton and Prince William’s relationship. It has been speculated The Duke and Duchess of Cambridge’s marriage has been crumbling over the past year. Kate and William separated for over a month while the Duchess was pregnant with Charlotte in September of 2014. The Palace played it off as another case of severe morning sickness, but it was clear something else was going after Kate retreated to her parent’s home in Bucklebury instead of staying at a hospital or Kensington Palace to enjoy privacy and the best care. Queen Elizabeth stepped in, demanding a meeting at Balmoral castle and the two reappeared together after a month-long marriage hiatus.

After Kate took a 4 month-long maternity leave and the royal couple raised eyebrows after the Duchess snubbed a wedding and sent her sister, Pippa Middleton, in her place to keep an eye on Prince William, the Queen intervened again. Her Majesty demanded Kate and William meet with her at Balmoral castle under the premise of celebrating her achievement of becoming the longest reigning monarch.

It appears Queen Elizabeth was able to coax Kate Middleton out of reclusion. The Daily Mail has confirmed Kate Middleton is due to return to work. The Duchess of Cambridge will be making an appearance at the opening ceremony of the Rugby World Cup, visit the Anna Freud Centre in London, and visits to Dundee in North Wales with Prince William at her side. The report noted other “unconfirmed” events, but it is clear that Kate is returning to her royal duties…at least for now. Kate and the Middleton family – Michael, Carole, Pippa, and James Middleton – have planned a family vacation to Mustique in November before the Duchess will join Prince William on his foreign tour.

Conflicting reports argue over whether or not Prince George and Princess Charlotte will join Kate and William on their tour. The Duchess’ jealousy and concern that Prince William will cheat like Prince Charles did with Princess Diana ensure Kate Middleton is by her husband’s side – but it’s clear Princess Kate doesn’t want to leave George and Charlotte behind. A protective mother is a great contender, and it’s obvious Kate doesn’t want to give Prince Charles and Camilla Parker-Bowles an opportunity to exert influence over Prince George and Princess Charlotte.

What do you think of Kate Middleton’s 4 month maternity leave? Will Queen Elizabeth continue to intervene and keep Kate Middleton and Prince William’s marriage together? Let us know in the comment section below.

Queen Elizabeth II opens the new Scottish Border’s Railway as she visits Tweedbank Station on September 9, 2015 in Tweedbank, Scotland. Today, Her Majesty Queen Elizabeth II becomes the longest reigning monarch in British history overtaking her great-great grandmother Queen Victoria’s record by one day. The Queen has reigned for a total of 63 years and 217 days. Accompanied by her husband, the Duke of Edinburgh and Scotland’s First Minister Nicola Sturgeon, she will officially open the new Scottish Border’s Railway which runs from the capital to Tweedbank. FameFlynet