BY Amanda Austin on October 24, 2015 | Comments: 34 comments
Related : Gossip, Kate Middleton, Keeping Up With The Kardashians, Kim Kardashian, The Royals 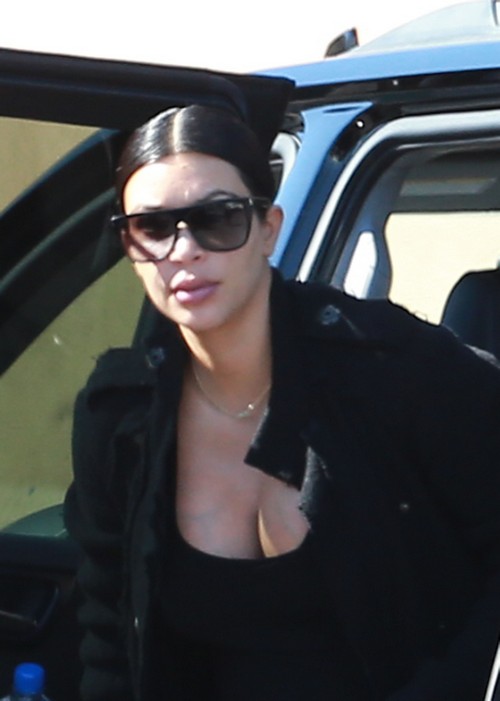 Since North and George were born, Kim Kardashian has idolized the Duchess and tried desperately to meet her, even offering Kanye West as a lure (LOL!) – but the Royal Family continues to snub Kimye, and has made it clear that Kate Middleton will never, ever be Kim’s BFF.

According to this week’s edition of Star Magazine, after years of being snubbed and avoided by Kate Middleton – Kim Kardashian is fed up. The tabloid reports that Kim has reached out to Kate on more than one occasion, and the Duchess won’t give her the time of day. Kim has apparently tried to secure invitations to every event that Kate is scheduled to appear at. Her desperate attempts to contact Kate Middleton were starting to get borderline creepy – and an insider dished that Kate even cancelled one of her events at the last minute because she heard that Kim would be there.

Kanye has been trying to help Kim out, and even sent Princess Charlotte a custom-made outfit form his new clothing line. But, his questionable clothing gift was promptly returned. And, the tabloid reports that when Kim found out that Michelle Obama was meeting the Duchess, she even petitioned the First Lady and asked her to put in a good word for her – but Mrs. Obama refused to get involved.

After years of being dissed by Kate, Kim Kardashian is finally throwing in the towel – and she has nothing nice to say about the future Queen of England. An insider dished to Star Magazine, “After years of trying to worm her way in to Kate’s life, it was one rejection too many. She and Kanye can’t believe that any one would treat them this way. She is devastated.”

Kate Middleton’s behavior is constantly being questioned and ridiculed – not hanging out with Kim Kardashian might be the only thing she has been doing right lately. Kate is hanging on by a thread when it comes to the Royal Family, and it’s no secret that Queen Elizabeth is not a fan of the Kardashians – even if she wanted to hang out with Kim (which we doubt), she literally can’t … she would never hear the end of it.

Do you think that Kate Middleton has been personally snubbing Kim Kardashian, or is it the royals who have banned the reality star? Is Kim being overdramatic, and borderline stalkerish? Let us know what you think in the comments below!

The Duke and Duchess of Cambridge at Lancaster House waiting for the President Of China in London, UK on October 21, 2015. The Duchess was dressed for the occasion in a a plum-coloured lace pencil dress with matching suede pumps and a maroon box clutch