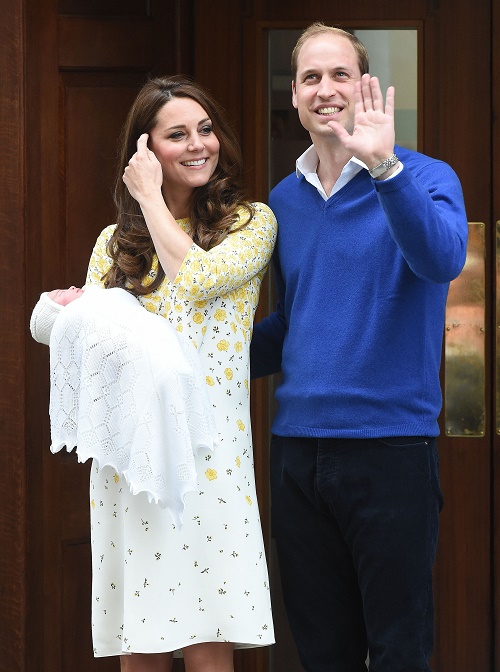 Prince William’s wife Kate Middleton has been hiding away at Amner Hall since she gave birth to Princess Charlotte Elizabeth Diana – and the Duchess of Cambridge does not want to come outside until she has shed every drop of baby weight and restored her body to its pristine condition. It can’t be easy being thrust into the public eye and having to live up to the world’s expectations – along with the Queen of England’s, and Kate Middleton has been known to cave under the pressure in the past. Now, Queen Elizabeth is forcing Kate back to work even earlier than she had anticipated, and the stress is mounting on the Duchess to look perfect when she returns to her royal duties.

It was recently revealed that Queen Elizabeth has ordered Kate Middleton to resume her royal duties on June 13 and attend the birthday parade in her honor, just six weeks after Kate gave birth to Princess Charlotte. Any mother can tell you that the odds of a woman returning to her pre-baby weight in just six weeks is slim to none – and the pressures are taking a toll on the Duchess of Cambridge. Kate has reportedly been having juiced greens delivered to her doorstep at Amner Hall, and according to insiders that is all the new mother has been living on since returning home from the hospital – which is ridiculously dangerous.

Kate Middleton has been rumored to be struggling with eating disorders in the past, and her close pals fear she is headed back down that dangerous road. The Duchess has always been accused of being a bit vain, and more concerned about her body and fashion – than actual political issues and her role in the monarchy. Kate already feels tremendous pressure to look perfect, and the fact that Queen Elizabeth is only giving her six weeks to look perfect again is only adding to the problem. At this point, Kate Middleton could be too weak to walk out her front door by June 13 to attend the royal parade. Is Kate Middleton being over-sensitive? Or is Queen Elizabeth being too demanding by expecting her to return to her royal duties just six weeks after giving birth? Let us know what you think in the comments below!