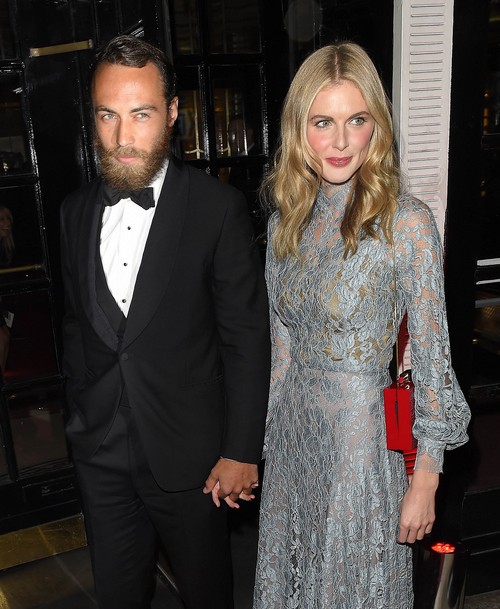 Will Kate Middleton swoop in to support her ungrateful brother, James Middleton, after another business venture fails? Furthermore, how much more royal money will be spent on providing the Middletons with a lavish lifestyle and rescue James from his business failures? Carole Middleton managed to claw her way up the social and business ladder, creating her company – Party Pieces – with Michael Middleton. Carole started as a flight attendant, which used to get the “doors to manual” jokes from royal circles and upper society. Now, the Middleton matriarch is enjoying “nearly royal” status and orchestrating a royal revolution that has Queen Elizabeth attempting to retaliate.

Then, there are the Kate Middleton’s sister and brother – Pippa Middleton and James Middleton. The siblings seem to do very little beyond enjoying the spoils of their Kate’s status as Duchess of Cambridge. Pippa runs the occasional marathon and counts the occasional guest contributor for random magazines as her most notable attempts at a career. James has run not one but two cake-based businesses into the ground, and a third attempt at entrepreneurial endeavors appears to be coming.

‘Boomf,’ the oddly named marshmallow image-printing company lost nearly $390,000 in a year. James’ idea for “multisensory” marshmallows allows customers to have any image they’d like printed onto marshmallows. The business started with nearly $1,558,000, so it’s not yet in the red, but the signs of another failure are showing. James took the idea mobile, creating an “on-the-go printing machine” in courtesy of a repurposed tricycle, according to The Sun.

A box of nine custom printed marshmallows sells for about $23. James’ involvement was originally kept a secret until January of last year. Perhaps to garner attention, the Middleton name was revealed in the business venture. Even the royal connection hasn’t helped as the marshmallow business is failing to take off.

Some wonder, who will be covering the debt if this ‘Boomf’ idea busts like James’ two failed firms and wine business? The same question applies to Pippa Middleton. Both siblings live in trendy homes, wearing expensive clothes, and enjoy privileges most have to earn; like sitting in the Royal Box at Wimbledon. Who is footing the bill for the Middleton’s lives and failures? According to the Daily Mail, Carole and Michael Middleton reportedly bought James his million dollar home in Chelsea in 2002.

It’s probably a safe bet that Kate and Prince William have their part in financing the Middletons. The entire family certainly seems to have little qualms with using their status to get what they want. James and Pippa Middleton leading the charge of sponging off the Duchess of Cambridge’s power.

What do you think of James Middleton’s idea for “multisensory marshmallows”? Will the business fail even with the royal ties? Let us know what you think in the comment section below.