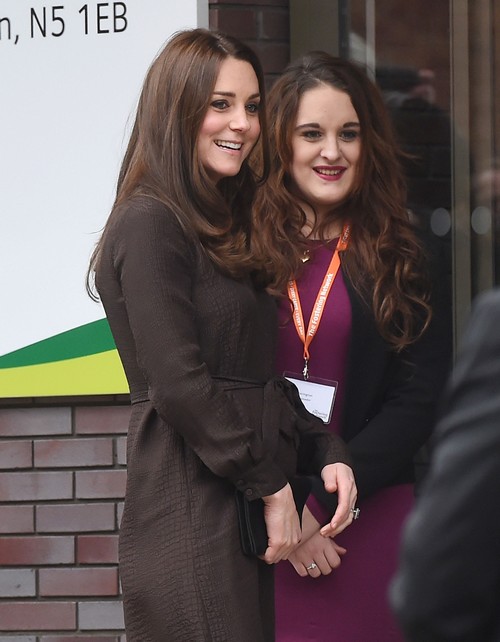 Kate Middleton and her baby bump have been making public appearance after public appearance, all in an effort to distract us from the PR mess that the royal family has found itself in. Prince Andrew’s underage sex scandal has been causing waves in the media world, and the already precarious public opinion on the royals has dropped to an all-time low. And whaddya know? Suddenly, Prince William, Kate Middleton, and Prince Harry join Twitter? Kensington Palace has created two new social media accounts, both on Twitter and Instagram, to supposedly help keep the younger royals more open to their fans and the general public.

However, the real reason is that Queen Elizabeth and her compatriots are using Kate Middleton and the Kensington Palace social media accounts as PR to distract from Prince Andrew’s sex scandal. They know that people get distracted by Kate’s shiny hair and pretty dresses, and social media has proven to be one of the most effective tools in launching a PR campaign. All they need to do is upload a few pictures of Prince George, and most of the public will be like ‘Prince Andrew who’?

It’s unfortunate, but that’s how the world works nowadays. In all honesty, who is all that shocked that Prince Andrew was involved in something so creepy? The royal family has a lot of skeletons in its closet, and it makes sense they didn’t freak out more during Prince Harry’s naked Vegas phase.

Kate Middleton’s latest public appearance was at an event hosted by the Fostering Network in London, and half the media was covering the event – and that’s that many less people covering Prince Andrew’s sex scandal. I’m not sure how much longer Queen Elizabeth will be using Kate, Kate’s baby bump, and Twitter as a distraction, but if they can avoid too much media speculation until Kate gives birth, they’ll be golden.