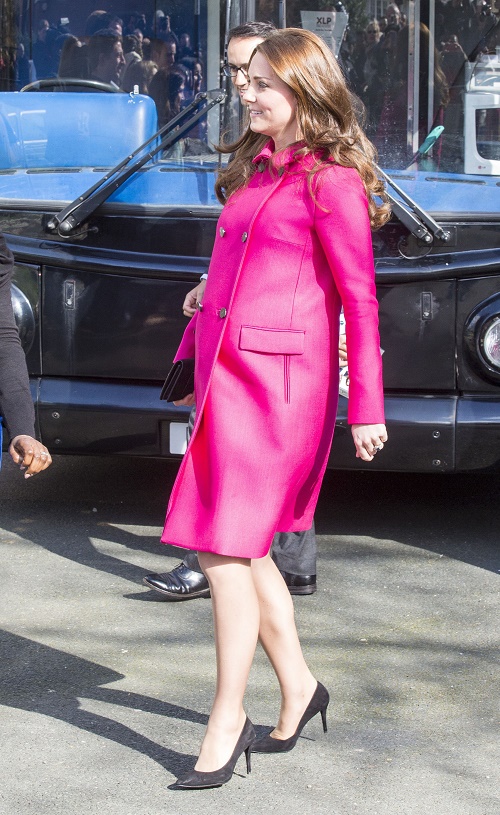 Kate Middleton’s family is causing more royal drama, according to rumors. The Middletons are reportedly taking over the birth of the second baby, seeking more involvement with the birth of Princess Kate’s baby girl or second boy. Carole Middleton has already moved into Anmer Hall after overstaying her welcome, and The Duchess is pushing for a baby name that will further fuel The Queen’s anger over the commoner, middle-class influence.

Pippa Middleton is even taking advantage of the press opportunity thanks to her connection to royalty. As CDL reported, Pippa is planning on joining her mother in temporarily moving into Anmer Hall. Both Pippa and Carole Middleton insist they want to help Prince William and Kate Middleton care for the new Princess or Prince, but the royal couple already has help.

If you recall the report Celeb Dirty Laundry shared in mid-March, an ad placed in ‘The Lady” requested a housekeeper for a large family home in Norfolk. This was believed to be part of the hunt for help in effort to get rid of Carole Middleton. Prince William reportedly wanted his mother-in-law out of the way before Duchess Kate gave birth. It appears it hasn’t worked, as Carole appears to be refusing to leave.

You can bet The Queen isn’t happy about Carole and Pippa’s plans to take over the birth. It’s no secret Queen Elizabeth wants as little to do with the Middleton family as possible. Rumors swirling claim The Queen is furious with Kate’s repeated desires to give her second child a Middleton family name. If it’s a Princess, E! News suggests The Duchess of Cambridge wants to use the name Carole in honor of her mother. It’s pretty safe to say The Queen won’t allow it, as her patience with the Middleton’s influence is becoming very thin, and insists Kate and William use a royal family name for all their children.

Queen Elizabeth and the Middletons have endured a longstanding feud as Kate’s family abuses their connection to royalty to try and further their careers and business ventures. Recently, Princess Kate’s parents joined with royal baker, Fiona Cairins, to make cakes for their mail-order company, Party Pieces. The Queen is also tired of James and Pippa’s antics and small digs about being held up to the standards and rules of the royalty, calling the Middleton clan “tacky” on more than one occasion.

It’s undoubtedly hard to walk the fine line between fighting to be a part of Kate Middleton turned Duchess of Cambridge’s life as an outside family member. However, The Queen gets the final say. Do you think the Middleton family is just trying to be a part of Kate’s life, or are they using her status as Prince William’s wife to help themselves out?