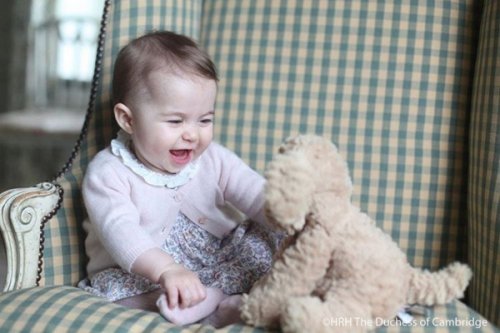 Kate Middleton has released personal photos of Princess Charlotte and the images clearly assert her middle-class values. Charlotte Elizabeth Diana is propped on a chair that is very “shabby-chic” while smiling at stuffed toy dog in an adorable photo that has Queen Elizabeth disgusted.

Princess Charlotte has not been seen publicly since her christening in July, but Kate and Prince William decided to release the photos of their six month old daughter with a statement conveying their appreciation of their fans.

Kensington Palace shared the statement, “The duke and duchess continue to receive warm messages about Princess Charlotte from all around the world and they hope that everyone enjoys these lovely photos as much as they do. The duke and duchess are very grateful for the support they have received when it comes to their children and wanted to share these very charming pictures taken by the duchess. It is something they intend to continue to do.”

This feels like a power move on Kate’s behalf. Sharing personal images conveys humility, whereas images typically shared by royals are stuffy, staged moments captured by a professional photographer.

However, this is the Duchess of Cambridge and she loves to insert her commoner ways wherever she can. Princess Kate started breaking royal protocol after Prince George’s birth.

Images of Kate Middleton, Prince William, and Prince George that were taken by Kate’s father, Michael Middleton, were released to appease the prying public – much to the Queen’s displeasure.

Queen Elizabeth is disgusted by Kate’s constant middle-class influence, which played a large role in Carole Middleton’s limited access to the Duchess. With the support of her mother, Kate Middleton has revolutionized the royal family.

Kate’s power has gone beyond sharing personal photos of Princess Charlotte and Prince George. Kate, Prince William, and the royal children plan on skipping the Queen’s lunch in favor of another Middleton family Christmas at Anmer Hall.

What do you think of Kate Middleton’s personal pictures of Princess Charlotte? Is the Duchess of Cambridge fearlessly asserting her middle-class values despite Queen Elizabeth’s constant state of disgust?

Let us know what you think in the comment section below and, as always, don’t forget to keep checking CDL for all the latest royal gossip and news. 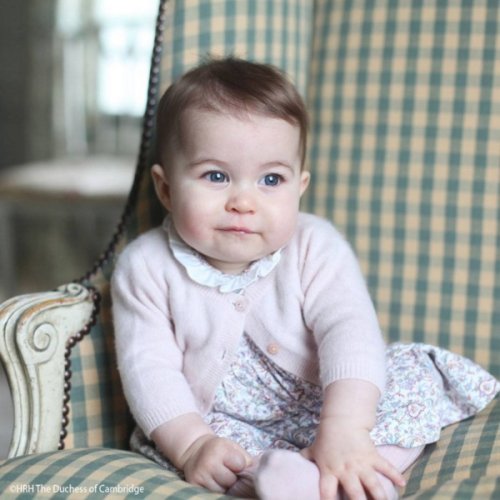