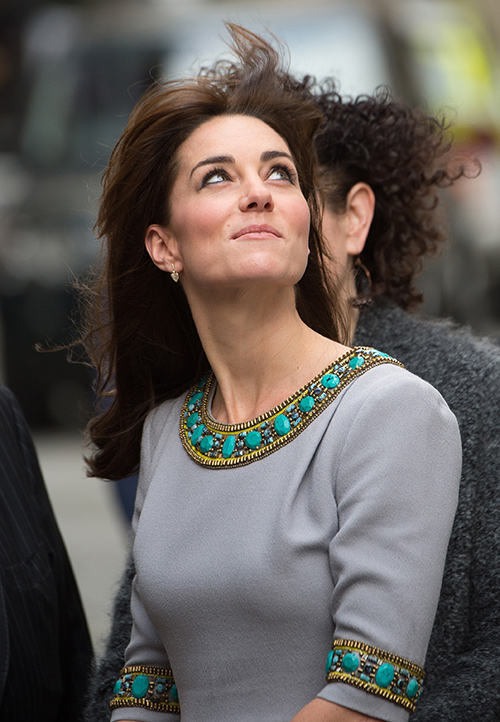 Kate Middleton’s Christmas takeover is causing a major royal family rift. After the Duchess of Cambridge asserted her power, extending her royal revolution to the holidays, Queen Elizabeth is furious Kate is breaking royal protocol in favor of a middleclass, commoner-style Christmas for Prince William, Prince George, and Princess Charlotte.

The royals typically did the bulk of the actual “celebrating” to Christmas Eve. Presents were laid out in the red Drawing Room and Christmas day was simply packed with royal duties including church, lunch at Sandringham, and watching the Queen’s speech promptly at 3. While the Duchess tolerated it during the initial years of her marriage to Prince Williams, things changed after Kate gave birth to Prince George. Traditionally, children eat separately from the adults during the stuff meal. Being that the Duchess of Cambridge has remained resolute in making sure the royal children grow up with a “normal” life, Kate, with Prince William toeing the line, made major changes to the royal Christmas.

Last year, the entire Middleton family – Michael and Carole Middleton, James Middleton, and Pippa Middleton – were heavily present in the festivities which included a place at the church service and involvement in a VIP hunt at Sandringham. However, what raised eyebrows was Kate’s Christmas takeover. After attending the royal church service, the Duke and Duchess of Cambridge returned to Anmer Hall with Prince George to enjoy a relaxed Middleton-run Christmas lunch.

As CDL covered, this 2015 holiday season will be no different. Kate Middleton, Prince William, Prince George, and Princess Charlotte are reported to be breaking the royal tradition again by planning a humble, and middleclass Christmas. Of course, Kate’s modernization of the royal Christmas isn’t sitting well with critics and the Queen is furious.

Queen Elizabeth put her foot down after Carole Middleton overtook Anmer Hall after the birth of Princess Charlotte. Signs of royal discord began to show when the Queen failed to attend Prince George’s second birthday party. Shortly after Queen Elizabeth raised eyebrows by sending Prince Philip in her place, Carole Middleton seemingly vanished from Kate and William’s life, temporarily stifling her influence over the royal couple and their children.

Kate patiently smiled and played the doting royal; attending events with a saccharine smile after surfacing from her 4 month long maternity hiatus. But, the Duchess quietly showed signs she is regaining control. Carole’s influence may have been limited, but not completely cut off. Kate wore daring dresses that were almost scandalous in the eyes of the royals, and now Princess Kate is exercising her control regarding Christmas again.

Will the middleclass Middleton family Christmas plans rip the royal family rift open, again? Will Queen Elizabeth retaliate and fight Kate Middleton’s royal Christmas takeover? Let us know your thoughts in the comment section below and don’t forget to keep an eye on Celeb Dirty Laundry for more royal news and gossip.