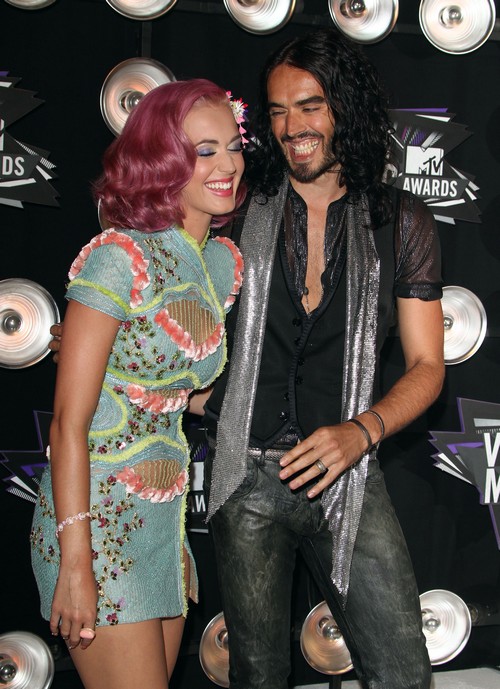 We recently reported that Katy Perry was not going to let her ugly split with Russell Brand hold her back from finding love, and it looks like she is holding true to those claims with John Mayer. In an interview with the Daily Telegraph, Katy Perry spoke out about the infamous text message that Russell Brand sent her, asking for a divorce. She said, “He hasn’t spoken to me since he texted me saying he was filing for divorce. I don’t want to talk about him. My songs will say what I need to say.”

When the outlet asked her about her future relationships she said, “I’m excited by whatever it brings. I’m excited by my own evolution. I don’t want to end up bittersweet. I have to evolve, I have to continue to push people’s perception of me. San a artist I love to do that, keep people at the edge of their seats.”

Now, only a couple of days later, Katy Perry has been spotted with her on and off again boyfriend John Mayer and it looks like the two are officially on again.

Perry and Mayer grabbed a lot of attention this past weekend when the two were spotted together at Disneyland in Anaheim, California.

A source revealed to E! News that the two singers are back on, and that public outing was a sign that they are a happy couple once again.

Perry and Mayer were spotted riding various rides together and were accompanied by some of their closest friends. We reported that the two were spotted at Los Angeles hot spot Ysabel in early April, and it seems that they have no intentions of hiding their relationship together.

The couple has been on and off for quite some time now, so it is difficult to track their status, but it does look like that now that they both have matured, they are giving it another try. Perry recently spoke with Harper’s Bazaar about her love life and said, “I had to learn about taking care of myself before I could take care of others. I want to mommy everyone. I want to take care of them. I want to save them, and I forget myself in the meantime. I learned that through therapy.”

What do you think? Will this time be a success for Katy Perry and John Mayer, or is this fling just temporary? Let us know in the comments below.