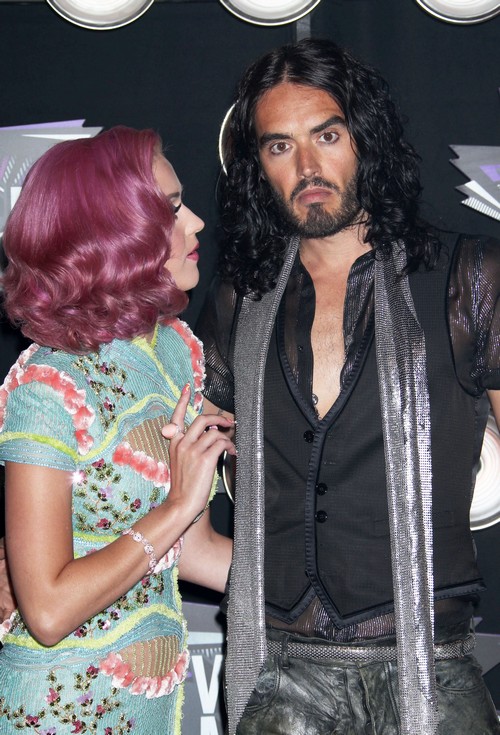 Katy Perry really is able to make Russell Brand sound like the scummiest person in the world, and she is continuing to do so. Perry recently revealed in a new interview with the Daily Telegraph that she has not spoken with Russell Brand since he texted her to file for a divorce of two years ago. She says, “He hasn’t spoken to me since he texted me saying he was filing for divorce. I don’t want to talk about him. My songs will say what I need to say.” Ouch! Who sends a text message telling someone they want a divorce and then never speaks to them again?

The Hollywood couple married back in 2010 in an India. In the interview Katy Perry talks about the cat that the couple got, which they named “Rusty,” after combining their two names. Perry reveals, “I still have the cat. But I’ve changed her name to Monkey.”

Katy Perry has gone through a great amount of pain and suffering due to the nature of their highly publicized divorce. Ever since it was discovered that Russell Brand sent a text message to initiate the divorce, the media has had a field day with these two. Despite everything that Perry has had to endure, she tells the Daily Telegraph that she has not closed off the idea of love forever. The singer is staying as optimistic as possible despite her horrible ex husband Russell Brand.

When asked about whether or not she has given up on love she responded by saying, No, absolutely not. I’m excited by whatever it brings. I’m excited by my own evolution. I don’t want to end up bittersweet. I have to evolve, I have to continue to push people’s perception of me. As an artist I like to do that, keep people at the edge of their seats.” Good for you Katy!

One thing is for sure, Katy Perry’s new music will surely be interesting, especially since she will be writing about her divorce from Russell Brand. You know what they say, “Hell hath no fury like a woman scorned,” and Katy is certainly scorned.

Are you excited to hear what Katy Perry has to say of her relationship and divorce of Russell Brand through her music, or could you not care any less? Let us know in the comments below.