Keeping Up With The Kardashians Recap Premiere: Season 10 Episode 1 “The New Normal” 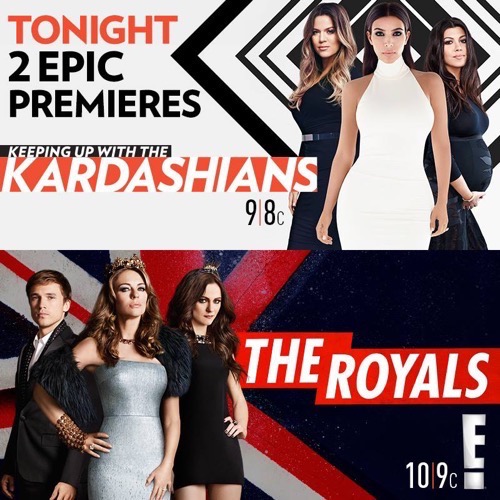 On the last episode, Scott shut down and tried to run away when Kourtney surprised him with unexpected news: she was pregnant with baby No. 3. Meanwhile, Kim was busy ironing out the final details of her wedding when major drama erupted between her and Brody over the logistics of her big day. Did you watch the last episode? If you missed it, we have a full and detailed recap right here for you.

On tonight’s episode as per the E! synopsis  “in the Season 10 premiere, the Kardashian clan struggle to adapt to life after Bruce and Kris’s divorce, which is made even more difficult by the rumor that Bruce is on the rebound with one of Kris’s best friends. Meanwhile, Kim is determined to get pregnant and give North a sibling.”

The Kardashians are back and they’re looking to expand on tonight’s season 10 premiere.

Fact is these Kardashian girls do seem to like to have their children close in age. For it was revealed in the first five minutes of tonight’s show that Kim and her husband Kanye have actively, and by that I mean like rabbits, trying for baby number 2. And as they’re practically having sex on every available surface just to get pregnant, Kourtney has been watching and laughing about some of their antics from the sidelines as she grows bigger with baby number 3.

This last child of hers came as sort of surprise for everyone but there’s nothing the family enjoys more than having a new baby. And although Scott had to seek treatment in the beginning, he too is doing his best to get healthy for his children. Including this last one that some of us may have felt he was all that pleased about.

However, there does appear to be a sour note on an otherwise good couple of months. And that’s there’s parents’ divorce. Bruce and Kris have officially ended things but while their divorce has been amicable so far – Bruce is currently walking a fine line.

He’s been talking to one of Kris’s best friends and he hasn’t really told anyone about it.

Kourtney was visiting him as his bachelor pad when the phone rang. And right away she recognized the number as friend of her mom’s. But on Bruce’s part, he simply said it was a friend and then went about downplaying the phone call. So Kourtney had felt weirded out by it.

She later told her sister about what happened and they all decided to tell Kris that Bruce is still hanging out with her friends. For that’s what they thought it was. Merely hanging out.

It wasn’t until Khloe was surfing on the web that she found a picture of Bruce and this woman actually on a date. And that’s when Bruce went too far!

He was already going to be throwing this huge party his sons talked him into for his birthday and now he was dating Kris’s friend. So once again the sisters felt they needed to intervene. They had their mother crying her eyes out at home and they had Bruce in the media with a new woman.

But when Kim attempted to talk about it with Bruce – he told her that he didn’t need anyone’s permission. He said he was going to “talk” to whoever he liked. And just the idea that Kris deserved the courtesy of a phone call was too much for him to comprehend.

Bruce claims there’s nothing going on with this friend. So he doesn’t wish to explain himself and Kim felt too uncomfortable to push him on the matter. And yet things kept going downhill from there.

After Kim’s chat with Bruce, Scott and Kourtney eventually ran into the Jenner gang in Las Vegas. Scott had apparently had an event there so when he found out the extended family was there as well – he invited them out to dinner. But, once again, things became awkward and that was mainly because of Brody.

Brody Jenner you see is still bitter his girlfriend, back when their relationship was new, hadn’t been invited to Kim and Kanye’s wedding as his plus one. So he started to say a few things once he had a couple of drinks in him. And it went something like this “If I had to choose between Kanye and Reggie on who to save from a burning building then it would be Reggie everytime”.

And besides that, Bruce’s other son Burt told Kourtney to tell Khloe and Rob goodbye for him.

Why the goodbye? Khloe and Kim were honestly hurt when they heard that. They didn’t feel like they were taking sides in their parents’ divorce so they didn’t understand why their stepbrothers felt the need to. And “goodbye” of all things. These guys have been part of the family for almost 25 years!

So this divorce kind of turned nasty when no one was expecting it to!

Speaking of nasty, though, Bruce finally deigned to talk to Kris about appearing in tabloids with a friend of hers. And he was certainly shocked when Kris told him that he needed to still think of them and consider their feelings. It didn’t matter if there was now a divorce. Bruce is family and whether he liked it or not he had to put the feelings of others before his own. Technically, he was the only father and grandfather around.

So Bruce apologized and he realized afterwards, that once he said sorry, his girls were willing to talk to him again.