Keeping Up With The Kardashians Wedding Issues Recap: Season 9 Finale “Kim’s Journey to the Altar”

BY Amanda Austin on September 2, 2014 | Comments: one comment
Related : Keeping Up With The Kardashians, Reality TV, Recap, Television 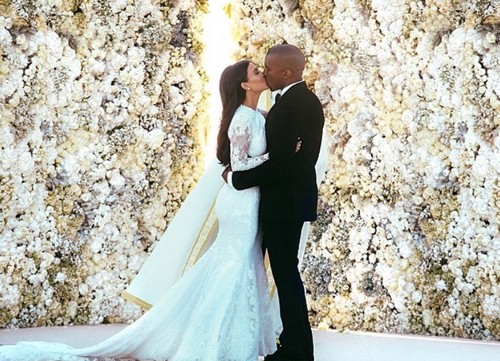 Keeping Up With The Kardashians season 9 finale airs tonight with a new episode called, “Kim’s Journey to the Altar.” On tonight’s episode we are treated with the days leading up to Kim and Kanye West’s wedding.

On the last episode, Scott shut down and tried to run away when Kourtney surprised him with unexpected news: she’s pregnant with baby No. 3. Meanwhile, Kim was busy ironing out the final details of her wedding when major drama erupted between her and Brody over the logistics of her big day. Did you watch the last episode? If you missed it we have a full and detailed recap, right here for you.

On tonight’s episode the days leading up to Kim and Kanye’s wedding find the couple hosting an adventure for their close friends and family, which takes everyone from Paris to Italy.

RECAP: Tonight’s episode of Keeping up With The Kardashians begins with Kris Jenner arriving in Paris, it’s five days until Kim and Kanye’s wedding. Kris gets fitted for her dress to the wedding and Kanye discusses the design with her, Kanye though the neckline was going to plunge more, and Kris jokes that she will be the “whore at the wedding.” Kourtney feels suffocated in her bride’s maid dress and she doesn’t know how she is going to be able to hide her baby bump in it. Kendall and Kylie arrive for their fittings. Kim is frustrated because she can tell all of her sisters don’t like their dresses.

Scott arrives in Paris, and Kourtney can tell that he is overwhelmed by all of the people and paparazzi. Kim takes her friend Jonathan to the Eiffel Tower for the first time, she pushes through the paparazzi because she is determined to make sure her friends and family have a good time.

Afterwards Kim heads to her final wedding dress fitting, she brings her sister and her mom along to see her dress. Kris goes on and on about how beautiful Kim’s dress is. Rob finally made it to Paris, but apparently he had a problem at the airport with the paparazzi, so Kris has to go and try to sneak him out of the back entrance of the hotel so that he will make it to his fitting.

Kim and her sisters head out to dinner with some friends, Kim’s friend Lorraine Schwartz decided to host the dinner. Her friends all share stories about Kim and how long they have known her, and they gush about how much Kanye loves her. Khloe reminisces about the first time they met Kanye, and how obsessed they are with each other. Kim admits that the first time she ever talked to Kanye on the phone, they talked for eight hours, but she had a boyfriend back then. Kim’s friend Lorraine says that Kanye said he was going to marry Kim five years ago before they even knew each other.

It’s two days until the wedding, Bruce arrives in Paris and meets up with everyone at Kanye’s apartment. It’s time for the wedding rehearsal, and Kim and Kanye are running late. The wedding planner goes through the line-up and who will be walking with who. They are all arguing over how North will get down the aisle. It is too dangerous for her to ride in a carriage by herself.

Kim found another designer to make all new bridesmaid dresses since her sisters didn’t like the original ones she had made. They begin arguing about whether the slit in the front of the new dresses are too low and risqué, but over all they like the second dresses way better than the first dresses. Kanye is adamant that they can’t have slits in their dresses.

Kanye and Kim surprise everyone and tell them that in the morning they are flying to Florence, because that is where the wedding will actually be. Everyone heads to the airport and boards the plane. When they arrive in Italy Khloe is too hung-over to function, she drank way too much the night before.

Everyone starts getting ready for the wedding, only two hours remain until Kim and Kanye walk down the aisle. Khloe is still hung-over, she lays on the bed while she gets her hair done. Kim is freaking out because Khloe is sleeping while they are doing her make-up, and the guys haven’t even arrived yet. She runs around the hotel frantically looking for her missing purse.

The guys arrive in Italy for the wedding, and Scott reveals that Rob decided not to fly from Paris to Italy and he shocked everyone and flew back to Los Angeles. Apparently when Rob flew to Paris he read mean comments about himself online, so he couldn’t go through with the wedding. Kim is upset, but she will deal with Rob’s issues after the wedding.

Kylie promised Kim that she would put extensions in to cover her blue hair. But, she broke her promise and didn’t fix her hair. Kim decides to choose her battles and lets Kylie’s blue hair go, she has too much to deal with, like whether or not she will be able to wear her full length veil because it is proving to be a serious safety issue.

The organ begins playing, and it is time for Kim to walk down the aisle, the wedding is starting. Her make-up team adds a few finishing touches and pins her veil down to her head. Kim heads down the aisle to officially become Mrs. West.