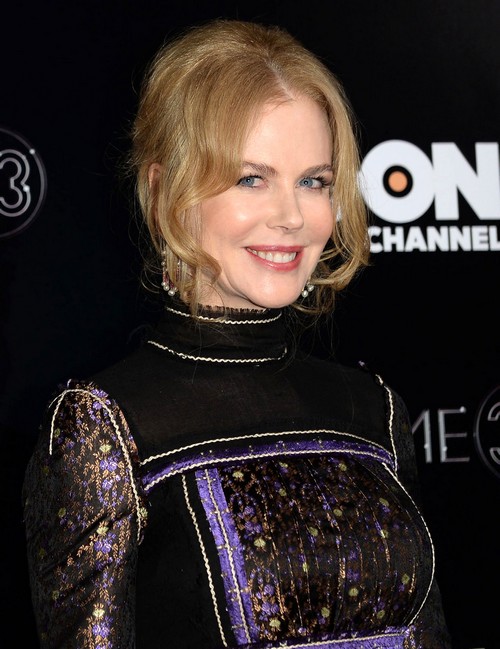 Keith Urban and Nicole Kidman’s marriage seems to be in trouble once again, and the rumors regarding their imminent divorce are flying. Keith Urban and Nicole Kidman seem to be fighting over everything these days, from his time away from home to Nicole wanting to get pregnant and have another baby. But, now the couple can add another issue to their growing heap of marriage problems – Keith Urban’s mother-in-law, Janelle Kidman. Keith and Nicole’s mom have never seen eye to eye, and now their ongoing feud is causing a rift between Keith and Nicole.

According to a report from GLOBE Magazine, Nicole want to move her mother Janelle in to the home that she shares with Keith and their kids – but Keith isn’t having it. The magazine reveals, “Nicole wants to move her recently widowed mom in to the family home in Nashville. And that’s not gone down well with Keith, who fears the two women will henpeck him to death. Nic’s mother Janelle Kidman has been living alone in Sidney, Australia since her husband Antony’s had a fatal heart-attack in September.”

Apparently Keith Urban is putting his foot down and has infuriated Nicole by informing her that moving her mother in with them is not an option. According to GLOBE Magazine’s insider, “Nic knows that Keith may not like her mom moving in, and she is worried it will cause a lot of friction, but that is a risk she is willing to take. It seems that her mom is more important than her marriage!”

It seems like Keith is being a little cold-hearted, especially since he is on the road the majority of the time and wouldn’t even have to deal with Nicole’s mom if she did move in with them. But, Nicole could just as easily move her mother in to a house near her family’s house so that she was closer to them – but everyone still got to enjoy their space. Neither Nicole nor Keith seem to be willing to negotiate though. Who do you think is being more ridiculous, Nicole or Keith? Could this feud over Nicole’s mom be the straw that breaks the camel’s back and cause the couple to get a divorce? Let us know what you think in the comments below