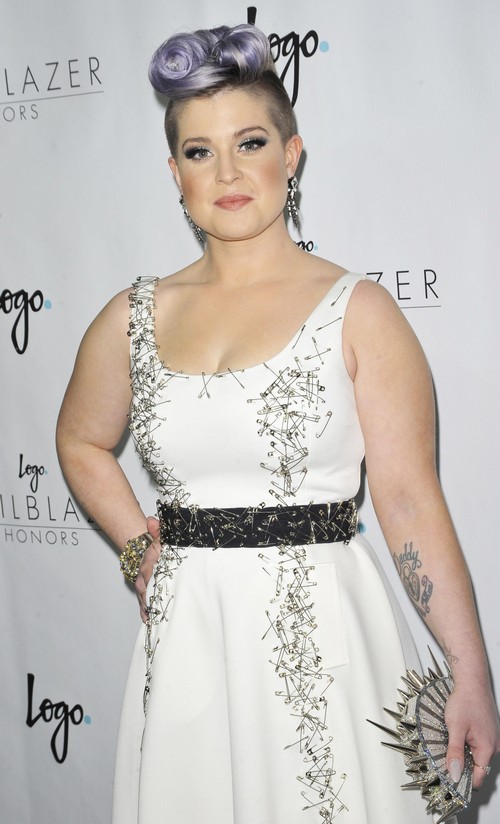 Kelly Osbourne infamously quit E!’s Fashion Police earlier this year after her co-host Giuliana Rancic made some racist comments about Zendaya’s hair – Kelly made it very clear that she didn’t support Rancic’s comments and didn’t want to be a part of a show that bullied people. Then, she turned around and made racist comments about Latin Americans. So, apparently Zendaya’s hair is off limits, but it is totally acceptable to say that Latin Americans are just “toilet cleaners.” Seriously!?

Kelly Osbourne paid the ladies on The View a visit this week, and talk turned to Donald Trump. That’s when Kelly made the comment that could and should single-handedly kill her career. While ranting about Donald Trump and taking a stance against him, she basically proved she is worse than the racist wanna-be politician. Kelly stated, “In what way does he think that people are going to vote for him after he’s just called them rapists and murderers? If you kick every Latino out of this country, then who is going to be cleaning your toilets, Donald Trump?”

Of course after Kelly made those comments on live television, all hell broke loose on social media and she was hit with a media firestorm. Kelly’s explanation? Regardless of how you try to spin it, which Kelly and her pals on The View have tried to do, Kelly was blatantly racist and dismissed Latinos as “toilet cleaners.” We get that she was trying to prove a point, Donald Trump is not getting any Latino votes and slamming Latinos is not going to encourage them to vote for him. But, why did she have to refer to all Latinos as the people cleaning toilets? She couldn’t say, “If you kick every Latino out of this country then who is going to be keeping the work force alive? Who is going to be running Latino doctor offices? Where will all the Latino police officers and Latino lawyers be” Why did the Latinos have to be toilet cleaners?

What do you guys think? Was Kelly Osbourne’s racist slur taken out of context? Or is she just as bad as Donald Trump? Seriously, how hypocritical is she to take a stand against bullies and mocking black girls’ hair – and then calling Latinos toilet cleaners? Sound off on the issue in the comments below!