Kelly Osbourne Quits ‘Fashion Police’ Before Producers Fire Her: Hated How Show Was being Ran – Disgusted By Giuliana Rancic! 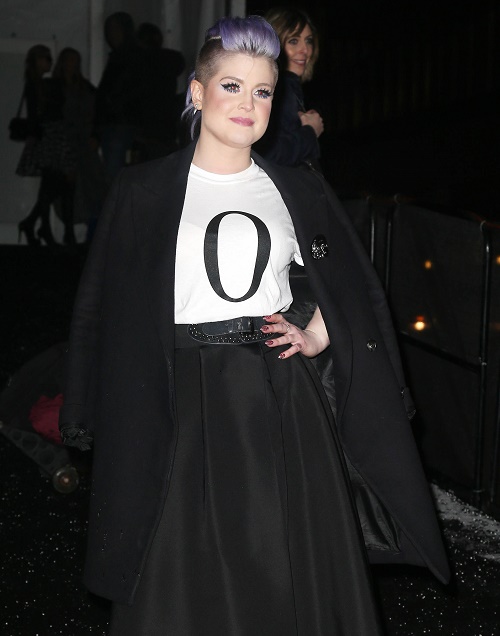 Kelly Osbourne has quit Fashion Police. This news comes not long after Giuliana Rancic dished her unsavory red carpet comments about Zendaya’s hair. Kelly, and rightfully so, immediately called out her co-host on the comments, and demanded that she apologize in some form or another. According to TMZ, Kelly threatened to quit if Rancic didn’t issue an apology – but news also suggests that Kelly and the crew at E! were at odds long before this particular meltdown.

It’s common knowledge that Fashion Police, the celeb fashion critique show once helmed by the incomparable Joan Rivers, is a hawt mess. And it appears that it’s an even bigger disaster behind the scenes. Sources allege that the set began sensing some major tension after the filming of the first show without Joan. Kelly made the decision to walk away Friday. If we’re being completely honest, it sort of sounds like a “Lemme just ‘quit’ now before you fire me” situation. Doesn’t it sound that way to you?

The show is only funny sometimes, and often it’s just dumb, especially when Giuliana attempts to crack lackluster jokes that, as recent events confirm, are just racist and discriminatory. In light of Kelly’s exit, the network has since released a statement:

“Kelly Osbourne is departing E!’s Fashion Police to pursue other opportunities, and we would like to thank her for her many contributions to the series over the past five years, during which time the show became a hit with viewers. Fashion Police will return, as scheduled, on Friday, March 30th at 9:00 p.m. and no decisions have been made on her replacement.”

It’s one of those harmless sounding statements that you know was crafted after SO MUCH SHOUTING AND OMG ON SET ANGER. So who do you think they should get to fill Kelly’s spot? With Joan gone, and now Kelly, too, seems as if this E! show is getting a total overhaul. Maybe they should get rid of Giuliana while they’re at it?